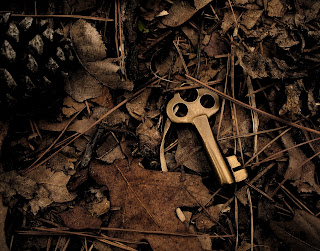 As a writer, gamer, and a lover of high fantasy, mythology, and cultural exploration, I have many influences on the worlds created for my fiction. From the lush green farmlands of the Low Countries, to the multi-faceted world of Tamriel, and the beautiful cinematic traditions of Indiathe modern writer is blessed with a plethora of material to create immersive experiences, dynamic characters, and themes that span the human (and inhuman) experience.

But, there are a few good old standbys that help me create memorable, enchanting, or haunting names for the stories I create and I’m happy to share them with the readers of the SFF Seven blog.

A couple of my books are based on real places and people--with alterations and omissions where necessary, of course. I called the Netherlands home for a couple of years, and during that time the names of colleagues, strangers, and places would show up in my work. I combed through tables of names from the 17th and 18th centuries to find unique ones that encapsulated the nature of my characters--with the hope that none of my Dutch friends would ever read my well-intentioned butchering.

The small seaside towns, mist covered winding roads, tiny local restaurants, and weather-worn landmarks were also based on places I visited during my time there as I tried to weave in the haunting mystery of the Dutch countryside at night into the tale.

I’ve even had whole characters whose arcs, personalities, and motivations were spawned from a name that anchored itself in my mind for one reason or another.

Similarly, the short story “The Troll’s Daughter,” which I’ve contributed to the Once Upon a Forbidden Desire anthology being published by the FaRo group (pre-order it now!), relied on fragments of Norse mythology to shape the lore and setting while using names of familiar, and prominent, figures and cities to help flesh out the narrative into something epic in scale. I’m going to be expanding that story soon, so stay tuned.

With the prevalence of gaming media and some of the most award-winning games deriving from books (hello, The Witcher series!) I wouldn’t be surprised if other writers aren’t reaching into some of their video game settings for inspiration.
The premise of another one of my series is based on a “what-if” scenario involving a favorite video game setting, where I used the names of the cities and towns of this world to craft the names of characters, places, and other items within my own fantasy work.
Besides, what’s the worst that could happen from adding breadcrumbs hinting at a high stakes adventure to a steamy romance?
Someone might steal your sweet roll?

Last but never least is Fantasy Name Generator, the one stop shop for any and all naming needs. Whether writing for sci-fi, high fantasy, anime-inspired, and everything in between, this website can help the adventurous writer with naming not only characters but taverns, cities, space ports, alien species, dishes, and more.
I relied heavily on the Fantasy Name Generator for my SciFi romances. With a couple of creative twists of my own, I could come up with the kind of exotic names I wanted for my alien species. The site is entirely free and constantly updated with new content and categories.
Inspiration can come in many forms. I don’t believe an artist should ever be shy about allowing it to come from the media we consume in an information-soaked world, since there is so much at our fingertips.
All of this can be done while keeping cultural sensitivity in mind and paying homage to the tapestry of myth, storytelling, and your own imagination. 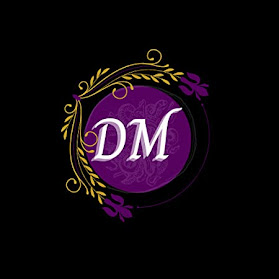 Dani Morrison writes steamy, adventure-packed, dark fantasy and sci-fantasy romance. Looking for banter, cheeky heroines, sexy heroes, and breathtaking romps through multiple worlds? Visit the rest of her catalog at https://danimorrison.home.blog.
Posted by Mimi B. Rose at 9:27:00 AM