Was the Fun Lost? 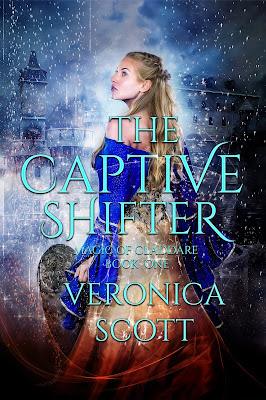 I have never and hopefully will never, lose the "fun" part of my writing. I write the kind of stories I want to read, be it set in a science fiction future with romance or in a fantastical ancient Egypt with romance. I love telling my stories!

BUT - and this is a very large caveat - the writing and the joy of it is totally separate in my mind from the 'job', which is the work of then making that story available to be read by others, of doing the promo necessary to let readers know the book even exists, of putting in the time to do blog posts and participate on social media in support of the book. I do love social media for the sheer enjoyment of the conversations and the networking and 'meeting people', but sometimes there is a definite pressure in relation to "I need to write twelve blog posts on the new book and keep each one fresh and fun to read, and then tweet them and...."

I had what I refer to as "my competitive job" for a very long time and I did really well at it, and enjoyed it. I call it competitive because there were positions, opportunities, projects and management assignments that a lot of people wanted. An employee had to stay on their toes to do the work and have the responsibilities they aspired to. That job involved commuting to an office and there were bosses and performance reviews and deadlines and endless revisions to documents, and all the trappings of  standard work. Valuable experience but I certainly don't miss it. (Miss the people, yes. Miss the work, no.)

In the job part of of being an independently published author, I have to do edits and rewrites, based on input from my professional freelance editors. Are they my bosses? No, but my own internal boss refuses to let me put out books that haven't been edited and burnished. Do I have deadlines imposed on me by other people? Rarely. Only if I'm in an anthology or going to a conference. Otherwise the deadlines are set by me but that doesn't make them less real. I just did some deadline setting today in fact as far as my release schedule for the rest of the year. I can change that of course, but since I need to be selling books in order to pay my rent and my bills (and the costs of new books - covers, editors, the formatter, promo etc) and since there are so many books coming out all the time now, I need to be doing frequent new releases of high quality books. Definitely performance pressure.

Do I want to be rebellious and take a 'day off' and binge watch all ten seasons of some wonderful TV show? YES! Occasionally I'll even do that, but I'm always conscious in the back of my mind that I really need to get that book written for the June release and get it to the editor in plenty of time for her schedule and....

So the challenge for me isn't so much about losing the fun, but in keeping the job aspects of being a full time writer running my own small publishing business (publishing only myself to be clear) from crushing the creative juices.

Luckily for me, when I sit down to write the actual story, I lose myself in the flow of the creative process and I'm having fun. But I have to keep it all very much separated in my mind from the worries and pressure of the business of publishing and selling books.

To paraphrase one of my favorite TV shows, 'Killjoys', the story is all!

And by the way, I did a cover reveal for my next book, The Captive Shifter, available on the major ebook sites on April 3rd! Thanks to Fiona Jayde for another gorgeous cover!

Concealing her own considerable magical powers, Caitlyn enters the service of the northern Witch Queen masquerading as a simple healer. Under order from her goddess, she’s searching for a magical gem stolen long ago from her own people, believed to be hidden in the massive castle. The task is daunting but Caitlyn is sure she can locate the gem and escape, bringing the prize back to the temple where it belongs. Until she meets the captive shifter and her loyalties become dangerously divided.
In payment for her past services to his people, Kyler the leopard shifter has entered into a life of servitude far from his forest home, allowing the Witch Queen to tap his magic to power her ever darker spells. Factions at Court are threatening to turn the Queen to the Shadow. Her increasing demands for magic will cut short his nearly immortal lifespan. Kyler’s resigned to his fate until the day he crosses paths with the new arrival, whose secrets and magic entice and attract both man and leopard. Has he met his mate at last?
The Queen will never willingly release him from captivity. Caitlyn’s goddess refuses to grant her any delay in accomplishing her own task. Can they locate the magical gem, fight the Shadow and win free of the Witch Queen to earn the right to be together?