At Least No One Asks Me to Travel with a Crocodile

This week’s topic is writing while travelling and how we accomplish the feat.

For various reasons, travel takes a lot out of me and if I’m required to travel, I’m going to be concentrating on the mechanics of the trip and the accomplishment of whatever I went for. I take a pad of paper with me in case I get a really killer plot idea or want to take note of something, but only once have I ever actually written a few words of prose. It was less than a page, about a character known as The Renegade, and I’ve never done anything else with that particular snippet. I did use the character in a small but pivotal role in Star Survivor. He’s an intriguing guy so he may still get his own book in the future.

So that’s a short and not especially illuminating or useful discussion. I thought about not even posting today, rather than waste your time, but then I thought I could at least give you a passage about travel from one of my books.

Here’s an excerpt from Magic of the Nile where the heroine, High Priestess Tyema, is sent on a journey by the Crocodile God she serves. Tyema and I share a reluctance to travel but at least no one asks me to take along a live crocodile!

Magic was a ‘Hearts Through History Romancing the Novel’ Contest Winner…. 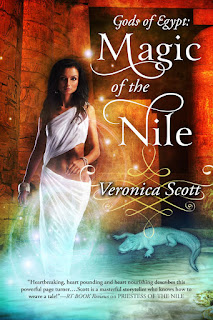 The Story:  She’s a priestess, he’s a proud warrior … is love enough to bridge their differences?
When the high priestess of an Egyptian temple falls in love with a captain of the royal guard, their bond is tested by the intrigue and peril of their duties to the gods and Pharaoh.
Tyema serves Sobek the Crocodile God as High Priestess of his Nile river temple. But despite her beauty, grace, and the power she wields, the shy priestess lives as a recluse in the remote temple grounds. For though Sobek rescued her from a childhood of abuse and neglect, and healed her crippled foot, her dark past haunts her still.

When Sahure, a dashing captain of Pharaoh’s guard, arrives to ask her help for Pharaoh, Tyema’s wounded heart blossoms. The captain is captivated as by her well … until Pharaoh orders him to the dangerous frontier, far from Tyema. He rides away, bound by duty and honor, leaving Tyema with even more secrets to bear.

Heart-broken, Tyema returns to her lonely life … until the Crocodile God reveals other plans for his priestess. For Pharaoh’s life is threatened with black magic, and only one who wields the power of a god can unmask the sorcerer. Tyema must brave court life, and somehow withstand the pressures of swirling gossip, intrigue and danger. And she must hurry, before ancient evils overcome all her efforts.

But when Sahure returns, is he there to help or to hinder? Will love lead them to common ground, and a future together … or will their differences tear them apart forever? 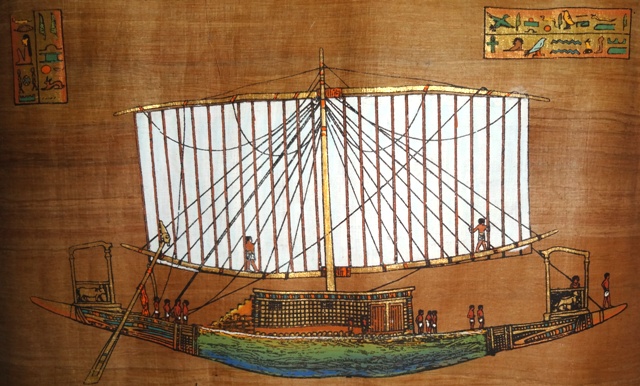 Email ThisBlogThis!Share to TwitterShare to FacebookShare to Pinterest
Labels: Magic of the Nile