Map of Moments and more

This week we're supposed to blurb a friend/ I'm doing two for the price of one.

So Christopher Golden and Tim Lebbon are friends of mine and they have collaborated several times in  the past.
A truly spectacular series of books they did came out a while back. The first book out in the series was THE MAP OF MOMENTS, which has been re-released recently. In December the second book in the series MIND THE GAP is being re-released. The other two, THE CHAMBER OF TEN and THE SHADOW MEN will be coming out soon after

Do yourself a favor: READ THESE BOOKS! They are brilliant. Each novel stands by itself as a story worth reading but when they are put together they are something even more spectacular. How good are they? I'm damned jealous of the gents in question. I rather wish I'd written them myself.

The four  books, when put together, make the picture you see below. 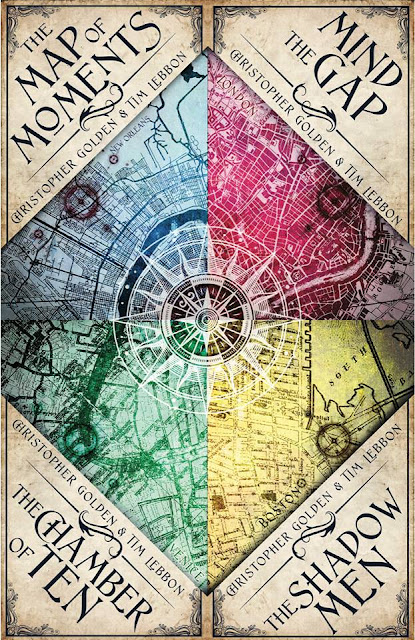