Scariest Inside My Head

You want to know what's truly terrifying? Moving for the second time in one year. Seriously. The moving truck shows up tomorrow morning at 9AM. And I'm still stuffing shit in boxes. Does anyone else think inanimate objects breed overnight? Cause I'm pretty sure my stuff is propagating. There's no other explanation for why I'm still not done packing.

Okay. Seriously. Books. Scary books. Oh my dear friends. I am so amused you believe I can be trusted with frightening material. I can't.

Reason: I'm a wuss. Fact 1. I have mental health to guard. So I have to curate what gets fed into the mental systems cause those gears are kept turning by a trio of geriatric hamsters. They faint easily. 2. If I wanna get the crap scared out of me, or suddenly decide I want to peer unrepentant into the darkest soul of humanity, I need only turn on the godsdamned evening news. 3. I have an obsessive brain. Give me a single terrifying image and it will be seared into my grey matter for all my days.

Is anyone old enough to remember the movie An American Werewolf in London? Very opening of the movie (SPOILER ALERT) our heroes are attacked on the moor. One of them is killed. The final image of the attack is the dying man, torso torn open, rib cage exposed. I STILL SEE THAT SHOT. D'you know how old that movie is?? I didn't sleep for three nights after that nonsense. 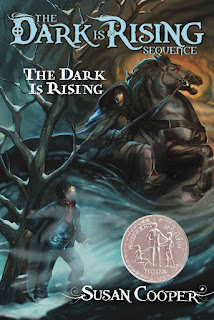 Worse. I can still describe to you the scenes from shows that terrified me as a child. They weren't even supposed to be horror films. They were science fiction. In the 1960s. When science fiction meant that someone was going to die horribly. I was five when The Omega Man came out and ensured I would refuse to walk into a dark room until well after I was 10 years old. So yeah. There are things I don't need carved into my brain, thanks.

But hey. If you're a wuss like me. Try The Dark Is Rising by Susan Cooper. YA. One faintly creepy scene. Kept me up half a night. But it was fun.