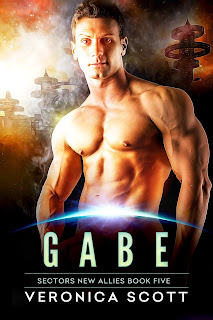 I was thrilled to release the fifth book in my award winning Badari Warriors scifi romance series this week!

Gabe Carter, hotshot pilot and exSpecial Forces soldier, is far from his home in the human Sectors, kidnapped by alien scientists to be the subject of horrifying experiments.  Shot down by the enemy over desolate territory far from his Badari allies and gravely injured, Gabe’s only hope is a mysterious woman on the run herself.

Keshara has to decide whether to abandon the human to die of his injuries on a windswept mountain top or give up her own quest for freedom and take him to a place he can be helped. The undeniable spark between them complicates matters.
His attraction to her is off the charts but when she betrays him to the Khagrish enemy, Gabe doesn’t know what to believe. Trapped inside an alien lab bursting with mysteries and lies, his only hope may be to trust her…again.

Because the renegade alien scientist running her own private experiments wants to use him to accomplish her goals and perpetuate the evil, no matter what she has to do to ensure his compliance. Keshara’s life hangs in the balance and Gabe has to make a choice.

This is the sixth book in the Badari Warriors world (and the fifth book in the series) and each novel has a satisfying Happy for Now ending for the hero and heroine, not a cliffhanger. Some overarching issues do remain unresolved in each book since this is an ongoing series but romance always wins the day in my novels! 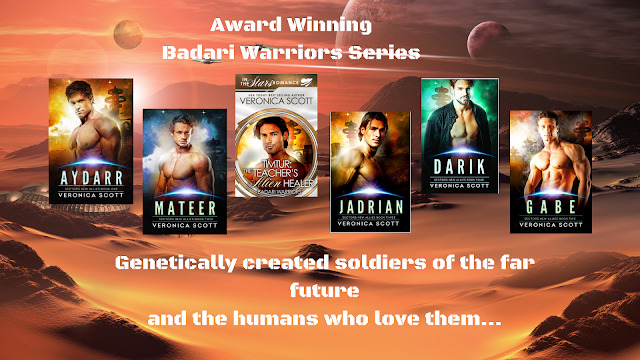