The Orb - Flash Fiction for K A Krantz

The idea this week is to take the next person in line's book cover and do a flash fiction. This one is for KA Krantz. :)


Larcourt the thief thought she could run. That was her first mistake.

Her second was making him angry.

The sorcerer tied one single strand of his target's hair around his right thumb and carefully pulled the orb from its wooden case and held it in his hands. He stared deeply into the flawless depths of the orb and whispered, "Find her."

There perfect translucence was marred by mists and a moment later he saw the mists clear, revealing the location where she was trying to hide.

There were six stone hounds along the walls of his workshop. They were meticulously detailed, from the wrinkles on their muzzles to the patterns on their carved fur.

"Find her. Bring her to me. Kill any who cross your paths."

He closed his eyes and clutched the orb. Behind him, stone grated and moved.... 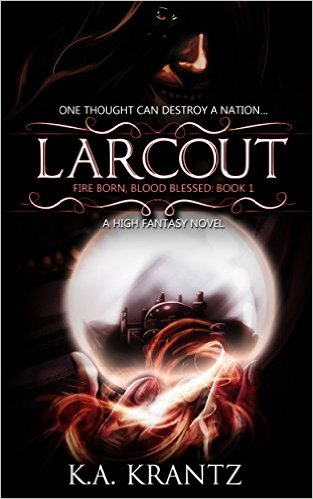