Plotting. Plotting is what brings us together today.

If you did not read that in the voice of the Impressive Clergyman from The Princess Bride, we can no longer be friends. Sorry. You can redeem yourself by reciting the first two Classic Blunders. 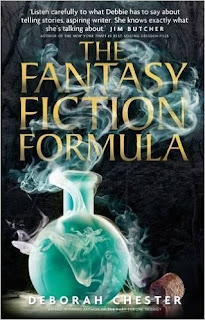 Remember me complaining about needing a mentor of my own last week? Well, my friends, that's what craft books are for. If I haven't mentioned the book before, The Fantasy Fiction Formula is my latest foray into learning. This book is by Deborah Chester. It came recommended by a critic group member. I'd picked it up out of curiosity - that and I'm a sucker for trying out new ways of approaching what I do. Yes, I have a process. One that works, mostly. But you know me. I'm always open to better ways of doing things. If there is such a thing as a better way. So I read this book.

And eventually texted my fellow crit group member that I'd finished the damned book and I hated her now. She laughed at me.

I did disagree with some of the points in The Fantasy Fiction Formula (One example: There's an assertion that every scene until the climax must end in failure for your protagonist - I disagree. The protag can absolutely win scenes - but when that happens, the win has to turn out nothing like the protagonist imagined. But eh. Minor detail and some people would say that's an aggregate loss anyway.) I learned far more than I disagreed with, though.

The book is packed with useful tidbits. Until I read the FFF, I didn't know what an A/R unit was. It's Action/Reaction unit. Turns out, I'd been getting mine wrong from time to time. I knew about scene and sequel, but I'd never really paid much attention because every explanation of them I'd ever had went right over my head. Until Deborah Chester. I *think* I understand them now. And I'd like to believe I comprehend how they need to be put together in order to drive a story. She does a fantastic job of laying out plotting. She says you need three BIG scenes - and by big - she means weighty. Emotional. These three scenes are your twist points in your story. End of Act 1 twist, Act II twist and the Climax. Get those and you can then plot out the other scenes and sequels you need to drive your characters through those twist points. Add in whatever subplot scenes and sequels you want/need and presto. You have a solid start on an outline and on a synopsis.

Straight forward, right? It would be, were I plotting one book. But no. No, no, no. Why would I do the sensible thing? I'm attempting to apply this brand new, untried strategy to a five book arc where the first two books are already written and published. So not only do I need the three BIG scenes for each book, I have to consider each book as a scene/sequel set within the overall arc of the series. But no pressure.

I have this sense that if I can get this down and make it work for me, I'll have a better hold of story craft. I'd like to think it's a worthy pursuit that's worth the risk of upending my usual slowpoke process.

Yes. It is rather like a walk in the Fire Swamp. If the fire spurts and lightning sands don't get me, the ROUSes might.