Listen, everyone has an ego. I'll even go so far as to say it's a necessity in the writing business. To paraphrase Harlan Ellison ( I think it was in the foreword to his DANGEROUS VISIONS anthology, volume one) Every writer has to have an ego. First to presume that anyone would want to read what the writer has written and then to presume that anyone would want to pay for the privilege. Again, paraphrasing, but you know what? He's right. That's a damned big leap.

Still, we all have that dream, don't we?

A little ego is a good thing. Like a little anger. In the right doses both can motivate a person to do better. Get angry enough at whatever ever you decide is annoying you and it can be a driving force, You remember to get up and dust yourself off on those days that just plain suck the will to live away. Of course you're going to keep trying, if only to prove to the naysayers that you can get it done. That is anger focused into motivation.

Ego tells you you're getting it right, especially on those days when you feel in your soul that you are getting it wrong. Fake it until you make it. Ego can be a balm to soothe a crushed self confidence. But just as easily it can become bloated and tell you that you are something special. Never listen to that voice. Instead listen to the voice that reminds you to take out the trash, that reminds you that you are so damned lucky that anyone every believed in you or that anyone, ever has taken the time to by and read your books.

Ultimately, that's the voice that matters. You wrote a story? Awesome! People like it? Amazing! You got published and paid? How very, very lucky you are. Is talent a part of it? of course. Are drive and determination significant? Hell yes, and you better believe it.

Practice, hard work, honing your skills constantly and remembering that this is the life you chose. Those are all part of it. Celebrate your victories, but don't let them fill you with the belief that you and you alone are responsible for all that has happened in a positive light, not when it comers to your career.

I can tell you, and with a certain amount of truth in the statement, that I have busted my butt to get where I am. I can also tell you with that same element of truth that some people have had a harder time and others have had an easier time getting to the same point. None of that makes a lick of difference at the end of the day. I write damned near every day. I've done it for a quarter of a century and sooner or later determination and the law of averages says I'll sell something to someone. Trial and error and a lot of patience have led to a modicum of wisdom. I have no doubt that luck has played a part as well.

My ego? I keep it locked away for the bad days when I look at he screen and the words refuse to show themselves because I've let self doubt get out of its cage again.

When self doubt is once again penned, I lock ego away, too. getting cocky means thinking my work is perfect, and that an editor's possible wisdom is a waste. I'd rather listen to the advice and consider it carefully than brush it away. I'd rathe, at the end of the day, remember how lucky I am than think for even a moment that I am deserving of every bit of praise.

Ego is a tool to use, not a crown to wear.

Look at this one and look at the names attached, I am LUCKY. I am BLESSED. I have NO IDEA how I managed to get my name in this particular hat. 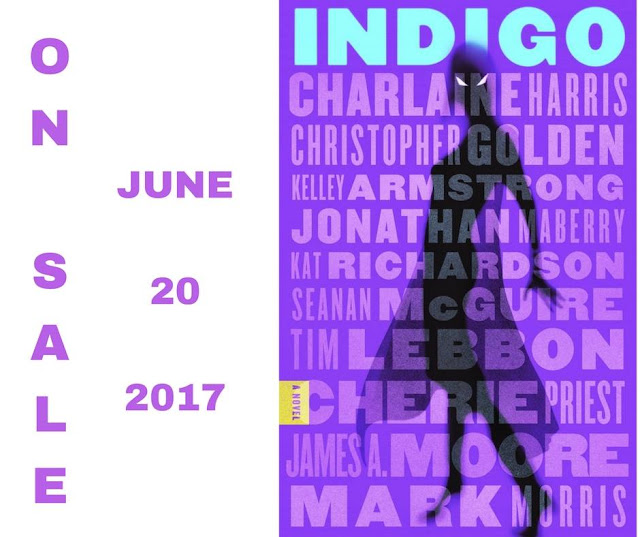