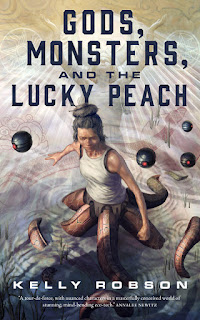 Today at the SFF Seven we have a guest post from Kelly Robson - please welcome her!

But I’ve been writing blog posts since 2002, back in the grand old days of LiveJournal. Those old LJ entries were a terrific way of finding a voice. I produced more than three hundred thousand words there over the years -- informal, personal, and chatty. In 2007, I started a wine blog, which magically turned into a four-year dream gig as a wine columnist for Canada’s largest women’s magazine. Currently, I write three or four pieces a year on the writing life for the Another Word column at Clarkesworld. Those articles always take on a personal tone, and I love writing them.

So those are my two modes: Short, fairly serious fiction and chatty non-fiction. Both modes go much smoother if I’m clear about what I want to say -- by which I mean my intent, not necessarily the little details. A lot of the inspiration happens between the lines.

Within fiction, I’ve written as short at 4,800 words, and as long as 40,000 (my novella Gods, Monsters, and the Lucky Peach hits on March 13, and it’s just about a hundred words shy of 40,000). So far, I haven’t managed to write a short-short or flash piece. I’ve been trying for a few months to put together a story in less than a thousand words, and it’s been murder.

Writing short is much harder than writing long. Flash is absolutely a foreign medium, and as far as I can tell, the skills that allow me to write a short story don’t apply to flash. After about five attempts, I haven’t even gotten close to a coherent story but I’ll keep trying. 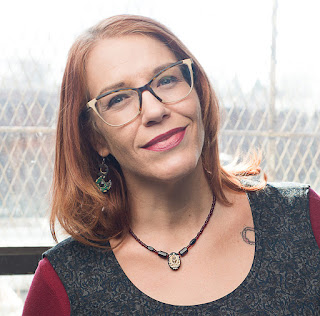 Kelly Robson is an award-winning short fiction writer. In 2017, she was a finalist for the John W. Campbell Award for Best New Writer. Her novella “Waters of Versailles” won the 2016 Aurora Award and was a finalist for both the Nebula and World Fantasy Awards. She has also been a finalist for the Theodore Sturgeon Award and Sunburst Award. Her most recent major publication is Gods, Monsters and the Lucky Peach, a highly anticipated time travel adventure. After 22 years in Vancouver, she and her wife, fellow SF writer A.M. Dellamonica, now live in downtown Toronto.