"You're grammar sux" and other universal writing truths

Mostly these days, I novel and social media (and make up verbs). In the past I have short-storied, 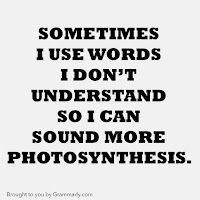 
This list could go on forever, hyperbolically, but I’ll cut it off now. Any universal-to-all-media writing bits you’ve picked up and want to vent discuss?