Retconning and the Reader Contract 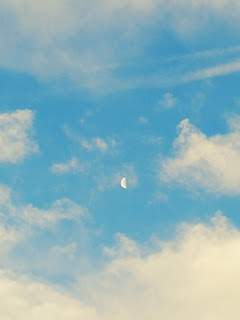 Our topic at the SFF Seven this week is "Channeling JK Rowling: Any apologies due your readers for the way you treated a character?"

I'm not sure exactly what the person who suggested this topic had in mind so far as apologies to readers for how she treated characters. Likely this is because I've never been a huge Harry Potter fan.

Thing is, I was an adult when HP came out and even my stepkids were old for the books. I did read the first two - mostly to grok the phenom - but as someone who'd read every fantasy and fairy tale book I could lay my hands on, I found the stories pretty derivative. They never quite lit me up. Just a me thing. So I don't really know, outside of things I occasionally hear people mention - something about the red-headed family? - what terrible things Rowling did to her characters.

I *do* however find it very interesting to observe the kinds of retconning Rowling has been engaged in. Retcon stands for "retroactive continuity" - which is to "revise (an aspect of a fictional work) retrospectively, typically by introducing a piece of new information that imposes a different interpretation on previously described events."

For those not in the know, Rowling has made various announcements about characters that very much change interpretations of events in the books. For example, saying that a major character is gay and had a homosexual relationship with another character - when there's no evidence of it in the actual books. Fans aren't bothered by this reveal so much (with some homophobic exceptions, of course), but it's problematic because the author claims "oh, I have these gay characters" without having to deal with really representing them in the story.

Also, for those readers who LOVE the books, these kinds of retcons change the stories in dramatic ways. One of my friends in the publishing industry said to me, "Every time she tweets something new, we're all PLEASE JUST STOP." (Paraphrasing there.)

It's fascinating from an author perspective, too, because one thing that we deal with - especially SFF authors - is worldbuilding. In order to define a fantasy or science fiction world, we establish rules. Sometimes we box ourselves into corners storywise with those rules, which can result in much gnashing of teeth. BUT, we abide by the rules we set up. Anything else is a betrayal of the contract with the reader.

My writer friend Jim Sorensen shared this excellent article from Tor.com with me. It explores what we do when we create fictional universes - and what obligations we have not to continue to fiddle with them.

I suppose my take is that I'd rather create an entirely new world than tweak a previous one. That way I won't owe any of my readers apologies.

At least not for that.