Screaming Love and More for You 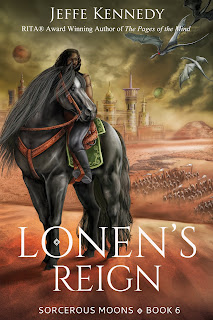 At the SFF Seven this week, we're discussing author fan groups – whether we have them, like them, how they work, and we're interested in what the readers think about them. Do you belong to any fan groups and what do you like about them, which are your favorites and why?

I confess I didn't have a fan group for a really long time. I don't really love the word "fan" to begin with, and given the opportunity, I'll say "my readers" instead. With I think of "fan" I immediately picture Simon Zealotes from Jesus Christ, Superstar, singing and dancing with his crew about their fanatical zealotry.


What can I say? Early impressions and all that.

But I did finally form a fan group on Facebook because one of my readers asked me to. I did it back in November of 2016 and it's called "Jeffe's Closet." That's a bit of an inside joke. I used to have a Tumblr called Jeffe's Closet. Actually, it's still there - but because Tumblr freaked out about erotic images, and my closet was full of naughty pictures, it's been gutted. Or it's there, but behind a firewall? I don't even know anymore. I haven't added to it in forever, mostly because in the era of Trump, images of girls in chains began to feel too literal and not at all sexy anymore.

Anyway, I like my private group! I post extra things there occasionally, and ask people to weigh in on stuff. Probably I should post there more often. So that leads me to ask - what should I be posting? What author fan groups do you belong to, what's the platform and what are your favorite things to see there?

Oh, and in case you haven't seen it, there's the final cover for LONEN'S REIGN! Out March 20 and available for preorder now :-)