I want to vacation in Antarctica. No, really.

Here in Texas, it has already topped 100 degrees Fahrenheit this summer, and it's only gonna get hotter from here. You know that thing people say about frying an egg on the sidewalk, and then they laugh? Around here, it actually works. (I wouldn't recommend eating anything cooked out on the concrete. Probably tastes gritty. Tea brewed in the sun, however, is lovely.) It's also disgustingly humid right now. You'd need gills to breathe properly, and there's some kind of moist-loving fungus growing in my planter box, right next to the butterfly flowers. Gross, right?

So it should come as no surprise that I dream of getting away from all this oppressive heat. When I was writing my latest book, More Than Stardust, I needed a setting for a secret evil laboratory of villainy. The climate had to be good for electronics (so, cold and dry), and bonus if geopolitical territories and jurisdictions were a bit murky.

Antarctica was the obvious choice.

I have to tell you, researching the geography and lore of the place was super fun. Conspiracy theories abound, I totally believe that the continent once supported a highly advanced now-lost civilization (there are ancient maps!), and I'm not saying it's aliens, but it's aliens.

Plus, I am old enough to remember when The X-Files found a secret spaceship there, and also recall watching those Jacques Cousteau videos PBS used to run. Good times. With Antarctica associated in my head with a lot of fun theories and vistas and critters, it's exactly where my supervillain needed to situate her hideout.

As a bonus, it would make for a refreshing change from all this ucky summer sauna weather, so yeah, that's where I'd go if I could pick from all the places I've written about. This is how Garrett sees Antarctica for the first time in the book. Doesn't it just sound like primo vacation land? Incidentally, he's under attack and riding an inflatable dinghy.


The world was white, white on white, blinding and full of death. He couldn’t tell where the gun emplacements were precisely, but he knew in a general way where the shots were coming from, and that was the direction he needed to head. He aimed the hover-boat-thing, engaged the battery-powered engine, and popped the Armorflate shell, which he’d had the foresight to bleach whiteish.

They’d surfaced in thin ice—it was summer, after all. In winter, this whole bay would be locked up and require breakers, but right now it wasn’t so bad. Still he was glad for the modifications he’d made to the inflatable dinghy. It flew over the ice, eased over the first drifts at the shoreline. Transitioned easy from water/ice to ground, and didn’t lose any of its forward momentum.

Garrett could say the same for himself. It felt like he was breathing adrenaline, pumping it pure in his veins. He thought about the efficiency of machines, like Dan-Dan. That guy wouldn’t slow down because of fear or injury. He’d plow on, do the job. Complete the mission.

Bullets skidded off Garrett's Armorflate, and he knew that his statistical chances of getting hit by at least one bullet were off the chart, off the grid, off the whole damn smartsurface.

Also, this place where he was right now? Ant-freaking-arctica? Redefined cold. Summer, again. He kept telling himself, It’s summer. Hot. Surfing. But none of that worked. The arctic air hit him smack in the visor. He hadn’t thought to construct a windshield like a real hovercraft would have. Stupid.

The suit kept him warm, though. Vallejo had done good.

Maybe if he’d had a few more weeks he could have added impact resistance. Garrett could feel the sharp zing of each bruise as he slammed his shins against the retractable metal decking, or elbows against the reinforced sides. But he only felt the flare of pain for a second, and then his senses were on to the next insult, the next injury, the next defiance of death in all its forms.

The white ahead of him bled orange for a moment, then darkled. 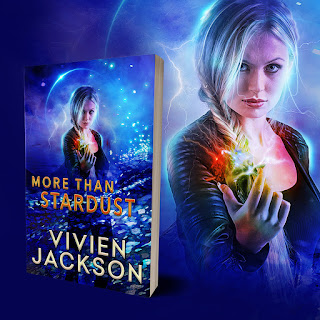 Releasing 7/9, available now for pre-order at Amazon and everywhere ebooks are sold