The Island of Lost Book Projects 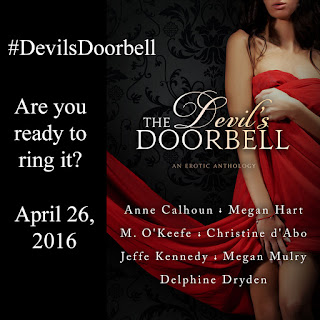 Our topic at the SFF Seven this week is all about the things we want to do. We're asking everyone to name three projects we've been planning to work on for a long while and haven't yet touched.

It's kind of like the writer version of the Island of Lost Toys. Ever so sad.

Except that these kinds of lost projects still have hope of being rescued. I keep them in two subsections of my overall tracking workbook (in Excel spreadsheets!) called "Tabled" and "Potential." Really, the tabled projects don't count for this topic, as it specifies they must be untouched. The tabled projects are ones I at least started to write, then back-burnered for various reasons.

In the potential section, however, I have seven projects listed. One is a contemporary romance trilogy that I did start to write up a long time ago - relatively: six years ago - so technically it's a tabled project. Being a purist for these things, I moved it to that subsection.

That leaves four projects in there - one a more or less total surprise because I forgot I was ever going to do it. And really... I'm not going to. It's the third book in my Blood Currency series. See, the deal is, way back in the mists of time, I'd submitted PETALS AND THORNS to several publishers. Loose ID bought it and when I notified Ellora's Cave about the offer, they gave me a weird, disorganized answer. (In retrospect, this was a harbinger of their eventual implosion.) Later, the EC editor contacted me to buy it. I had to disappoint her, but she asked me to her write something else. That became FEEDING THE VAMPIRE. She asked for more and, because EC had this weird thing about there having to be three books in a series before they gave you a series title and something better than their one-size-fits-all reusable covers (and we wonder why they went out of business...), I pitched her a third idea for the series as well. I wrote book two, HUNTING THE SIREN, but by the time it came out the implosion had begun and I never wrote the third book. I don't even remember what the concept was, though I'm sure it's on my laptop somewhere. Anyway, I've bundled the first two books into one volume called BLOOD CURRENCY (the name of the series).

I really doubt I'll write more. Nobody has asked for more, so that says something!

Another project is taking one of my very first fiction stories, PEARL, and working it into a novel. I might still. I took down the story because it has a tragic ending and I figured that was off brand. But I'd love to have that tragic moment be a black moment prequel to a happier outcome. It could still happen.

The other two projects are kind of in the same bucket: anthologies I'd discussed doing with Megan Hart and that we kind of dropped for various reasons. One was an anthology of fairytale retellings and the other was an erotic anthology called SIN CAVE, a followup to THE DEVIL'S DOORBELL. Both titles are a play on misogynistic terms for female genitalia and pleasure. I'm kind of sorry we never got around to doing the followup of SIN CAVE, but I also think that if projects fall apart that way, it's for a reason. They don't have enough energy to carry them through. Also, with SIN CAVE, several of the authors in THE DEVIL'S DOORBELL are no longer writing. Maybe someday with a new cast?

I should caveat, too, for those of you with fingers poised to type outraged comments about the stories you're waiting for in my other worlds - this doesn't include those! Those are absolutely on the stove and simmering.