It’s blursday!! Is anyone else having trouble keeping track of what day it is?

One thing I don’t keep track of much are what the it trope of the year is. Oh, I’m absolutely aware of what they are because a trope doesn’t become it until it reaches the mainstream and is everywhere. But some of you may be scratching your head, what exactly is a trope and am I reading one?

Short answer: yes. A literary trope is a theme, type of character, language etc. that is used over and over so much that it becomes a red flag, a bullseye, a characteristic that tells you immediately what type of book you are reading.

The chosen one. A marriage of convenience. The Butler did it. Killer aliens. The secret heir. An object of immeasurable power. Vampires.

All of those are tropes that give you clues to what you’ve just picked up. And all of them have been bemoaned at some point.

But when the masses are calling for a trope to die, it doesn’t mean it really truly dies. It only means the market is oversaturated with that specific trope and, like the bunny being fed pancakes at the end of Wreck it Ralph 2…people explode from too much of a good thing.

So the bunny explodes. There’s pandemonium and screaming as the other books scramble to be the entrée. And the pancakes hang out in the background until people start looking around, craving those fluffy flapjacks covered in syrup again.

Since I don’t tend to binge on books of the same trope I don’t get sick of any. That’s not to say there aren’t tropes I give a hard no to, there absolutely are. There’s no such thing as everyone will love it. Even if the social’s blowing up with pancakes, not everyone’s going to be eating them and subsequently calling for their annihilation.

But to answer the topic of the week: for me, the pancakes have always been vampire stories. I loved Dracula back in the day, fell hard for the Dark Prince of the Carpathian series, couldn’t get enough of Cat and Bones, and have been searching high and low for my next fanged fix ever since. 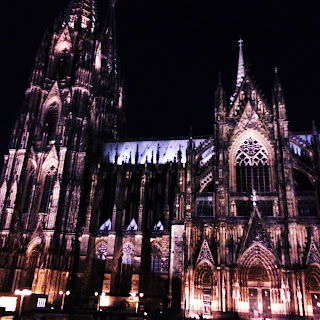 I’ve known vampire books would return someday. And no, I know some of you are saying write what you want to read if you can’t find it, but my brain doesn’t write vampire fic. And I'm very good at waiting.

How about you? What tropes have you gotten sick of recently?