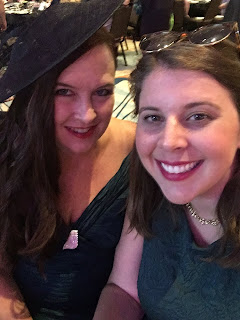 Our topic at the SFF Seven this week concerns the benefits of working with an agent - or, for those of us without agents - times we've wondered if an agent would be helpful or why we choose not to have one.

I do have an agent, Sarah Younger of Nancy Yost Literary Agency. She's the third agent who's represented me - and I can personally vouch that having a bad agent really is worse than having none at all. But, I do believe having a good agent can be hugely beneficial - depending on what kind of writing career you want to have.

What are the benefits of working with an agent? Here are three - along with their associated caveats.

By this, I mean the bigger houses that don't take unsolicited submissions. A good agent has connections - positive relationships - with editors who depend on agents to bring them books that fit what they love and can buy. This means that agents who send submissions to tons of editors in the hopes of something sticking to the wall, are not good agents. Agents who only manage to sell to houses that take unsolicited submissions aren't bringing much to the table either. This also means that if you are happy sticking to self-publishing, you don't need an agent.
Contract negotiation
See above. If you're selling to traditional publishing, an agent can be critical in negotiating the best deal and securing your rights. They're savvy to the grabs publishers can try to sneak past unwary authors. An agent who doesn't argue with contract language may not be doing their job. Also, a good agent will be solidly on the author's team, fighting for the author. Be wary of agents who prioritize preserving their relationship with the editor over championing the author. Unless the author is behaving badly, the agent should always put them first.
Career planning
A good agent can help strategize which projects a writer should choose to work on next. Again, they're going to come at this from the angle of selling to traditional publishing. Now, if you're the sort of writer who wants to work on exactly what you want to work on, with no input and without consideration for the current market - which some people are and that's a legitimate choice - then you won't want this from an agent. An agent can still sell your work in this scenario, but they'll be the sort who say "give me the next thing you write and we'll see." Both of these models work, but knowing which will work for you is key.
Having an agent can be beneficial to an author, but it's not a career-maker or breaker. Knowing what you want from an agent - or IF you want an agent - is most important.