No conflict, No story 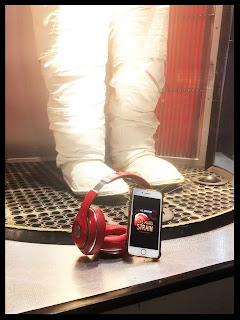 No conflict, no story.

Which translates to: no antagonist = no conflict = no story. And that’s what we’re talking about this week, the antagonist’s arc!

My daughter DNFd (did not finish) a book last night. It had been a book she’d excitedly picked up having been sold on the back blurb. When I asked her why the DNF she said ‘because nothing’s happening’.

As authors, we want to avoid that kiss of death at all costs. So, how do we do it? I don’t know about you, but I can share my process!

Interestingly, to me anyway, I realized I go about crafting my antagonists two different ways depending on the genre.

When I write fantasy I start out with my hero and I see them at the climax of the story, the moment they are most fearful and also the moment they rip through whatever’s been holding them back. Now, I don’t always see what exactly they’re up against, but I observe the character’s emotions and what’s going on around them.

Since I have a pretty good sense of who the hero is and what's at stake for them I know that the villain has to either want the same thing, with their own twist of course, or want an antithesis to the hero's desires. With all that information I can put together the big evil that must be stopped and then figure out how my hero got to that climax point.

When I write sci-fi I start out with the antagonist, the big evil that must be stopped. Once I know who, or what, my villain is I can craft the type of hero the world needs to stop it. Whoa, that kinda sounds like superhero stuff. But in a way, sci-fi—the kind that threatens the entire world—needs someone larger than life. And I love making taking a person who sees themselves as only successful in their small corner of the world and challenging them so they grow into a superhero.

It doesn’t matter what genre, we want strong antagonists. And here’s one tip I’ve picked up over the years:

Your villain doesn’t need a master plan that requires blueprints and a powerpoint. You only need a conflict that smacks your hero in the face.

When I started writing The Mars Strain it was during the 2015 Ebola outbreak. I was running a laboratory and participating on a multi-healthcare system Emergency Preparedness Board. Every day I was thinking ahead to what we’d need and what we’d do if there was a deadly outbreak that reached across the world to us. From that real life experience I imagined a new organism, and because I write to entertain, not mimic real life, my organism came from Mars. Boom. There was my antagonist with its one goal: proliferate.

How do you create the perfect antagonist?

Maybe your hero and villain are the same, only one choice veered the antagonist off to another path. Maybe your antagonist has very little page time but you Al Pacino the Devil’s Advocate and nearly convince your hero to make the wrong climatic choice. I’d love to know!