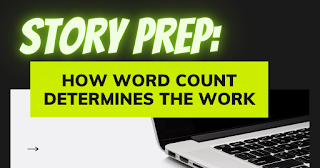 Differences in writing a short story, a novella, a novel, and a series: Do I prepare for length before writing or do I fatten/trim after drafting?

I absolutely have to know the target length before I begin to consider the first nugget of the story, the characters, the settings, or any part at all. For me, length determines the type of story I'm going to tell. The shorter the work, the shorter the time span covered in the story, the faster you have to get to your point, the simpler your point must be.

As Jeffe mentioned on Sunday, shorter works like a short story (~5k-10k words) don't leave room for Scooby-Gangs and elaborate world-building. The protagonist has mere minutes to maybe an hour to accomplish their goal. It's 15 min of a TV episode. Half of a pilot ep. Masters of this format can provoke emotional connections with minimal words and concise actions.

Novellas (~15k-40k words), maybe cover a day or a long weekend. Protag gets a wingman, world-building is richer but contained and limited. Plot is a straight line, no subplots (unless it's part of a series).  Think of a novella as a full TV episode. Maybe two eps if you're aiming for 40k. I don't tend to write novellas because I like to spend time in the worlds I'm creating while molding my characters. That's not a knock on the authors who do write them. There are many great novellas out there. Check out the 2021 HUGO nominated novellas (and novels) here.

Novels, their optimal length is highly dependent on the genre. While there are always exceptions, the readers of the genre have certain expectations. Traditional publishers have established and posted word-count limits that reinforce those reader expectations. Writers guilds and associations are much more generous in what lengths they consider novels. However, there is nothing that infuriates a reader more than paying full market price for a novel in a genre where the average length is ~90k and the book they've purchased is half that long yet marketed as a novel. Something to keep in mind when deciding if your story should be a novel or novella.

That said, novels are my thing. The time span covered in a single novel can be as short as a day or longer than a decade. Single protagonist or multiple. A small cast of characters or cast of thousands. The world-building had better be rich if you're writing SFF. While there is a primary plot driving the story, the subplots abound. Yes, I plot (see previous posts for the bad things that happen when I don't). Yes, I absolutely know if the novel is a standalone or part of a series. I  prefer writing series, and I do determine how long that series will be before I write Book 1. (Four books in the Fire Born High Fantasy series. Seven in the Immortal Spy Urban Fantasy series. Unnamed trilogy currently in concept.)

So, the short answer to the week's question is: Yes, I identify the target length of the work so I know the constraints before I begin plotting the story.