Actions Scenes and the Balance of Emotions 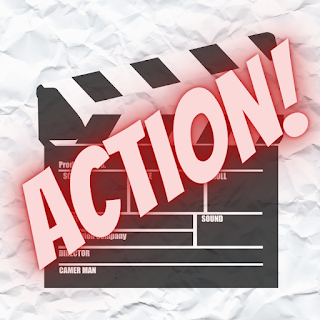 I'm a big, big fan of writing action scenes. They do require more concentration than other scenes because of the level of detail (which makes my analytical brain excited). And, there's a fair bit of pantomime, which makes it a good thing I don't write in public spaces. Action scenes play in my head like a movie with slo-mos, multiple cameras, and alternating close-ups and long shots. Yeah, yeah, I limit the long shots to only what the POV character can see/sense since I don't write 3rd omniscient.

I will also admit that for all the "fancy" (I'm giving myself way too much credit) choreography, I often neglect the emotion. Fortunately, I have an awesome dev editor whose second-most frequent comment is "Insert Emo Here." It is really, really, really important to not neglect the feeeeeeels. I know in a real-world brawl/battle that's the last thing the brain is thinking--it's mostly instinct and ingrained training allowing the body to act/react with near-automatic movements--but in a story, we need to take the beat to bring the reader's emotions along with the character's. It's not that every punch or slash of a weapon has to have an associated emotion, we don't want to drag down the pacing. However, action scenes are used to thrust the protag from one emotional state to another or to reaffirm through a trial an emotional commitment. True for sex scenes (yep, thems action scenes); true for fisticuffs; true for car chases.

There is a sweet spot of balance between action and emotion, and the authors who write it well leave a reader feeling breathless and emotionally in sync with the protagonist.