How do our characters censor their world? 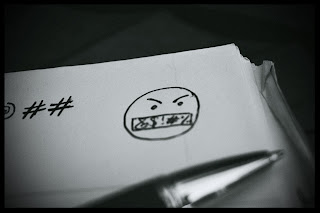 I’m with Charissa on this topic…hmmm, f*ck. Instead, let’s all sit and watch Geralt together, shall we?

That would be far more entertaining than discussing censorship. It’s both good and bad…which is also a bit like Geralt. Censoring is a benefit and hinderance in our society because it all depends on the personal opinions of who holds the power. And like the rulers The Witcher comes across, benevolence never seems to be the driving force behind what’s censored.

To an extent, anyone with power/responsibilities censors what is revealed or passed down the chain. So, how do our characters censor what’s around them?

Who wants to read about a Captain America who never errs? He’s the good guy who will censor the bad guys to protect the innocent…until Cap’s intentions cross the line and his censoring ends up hurting people.

We want to read about the ones who save the day, but we don’t want them to be perfect because then we can’t see ourselves in them. And as a writer you want your reader to connect with your MCs and be able to imagine themselves in their shoes.

No, this isn’t anything new. But bring bits and pieces of the real world into your writing and give your characters flaws. Let those characters with power censor away, and give your MCs the power to deflect or protect.

Seriously, if you haven’t read this series and are into high fantasy…HERE!!