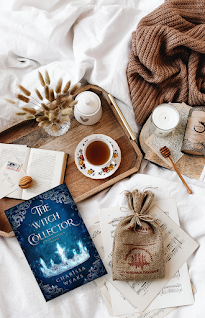 This week’s post topic is to share a favorite Thanksgiving food or drink recipe. I decided to share a drink that I grew up with: Fruit Tea. It’s so good, and perfect for sipping on a cold night with a book in hand. I've been finding this fruit tea already made in my local Publix grocery store, which is amazing. My mom actually called it Russian Tea, and after she passed, we realized we didn't have her recipe. There was a Tang recipe that floated around many years ago (and still floats around) that's similar, but it isn't the way my mom made her tea. After some digging though, I found her version. This is my slightly modified recipe from AllRecipes.Com.

Steep the tea bags in boiling water for 5 minutes, then remove. Next, combine 1 1/2 quarts water, cloves, and cinnamon together in a large pot and bring to a boil. Stir brewed tea, pineapple juice, sugar, orange juice concentrate, lemonade concentrate, and allspice into the boiling water to dissolve the sugar. This recipe is great served hot, but it's also yummy served cold. I refrigerate any leftovers (with the cinnamon sticks and cloves left in for added flavor) and drink in the mornings as well! Let me know if you give this recipe a try, and Happy Thanksgiving! ~ Charissa