Writing a Scene of that 'R' word

Hello. I'm going to say the R word. And then I'm going to discuss a certain scene in my latest book where that R word was attempted. You know the word I mean.

Why? Our topic this week is:

Third Rails in Genre Fiction
What topics are too dangerous for you to touch?
Or do you touch them anyway?

Let me start with this...I googled Rape Statistics and these were the top two links:

1.) Rape Statistics - Wikipedia
Statistics on rape and other sexual assaults are commonly available in industrialized countries, and are becoming more common throughout the world. ... Rape is a severely under-reported crime with surveys showing dark figures of up to 91.6%.

2.) Victims of Sexual Violence: Statistics / RAINN
On average, there are 321,500 victims (age 12 or older) of rape and sexual assault each year in the United States. ... As of 1998, an estimated 17.7 million American women had been victims of attempted or completed rape. ... Females ages 16-19 are 4 times more likely than the general population...

In just those short snippets, the numbers cited are ...terrifying. It is no wonder that that particularly heinous, disgusting, and violent crime is an emotionally charged topic for so many--all of us either have been a victim or know someone(s) who have been.

So why write about it?

I mean, GoT got so much flack for all those episodes...right?

The way I feel about GoT is complicated... and I realize I'm a minority in my take on 'that' season, but I didn't get /upset/.  I believed that in that world and time period considering the cultures as they had been presented, those kinds of crimes were believable to have happened to those characters in the way they were portrayed. Screen time of the act could have been shortened or alluded to without the visual, but the dramatic impact was, I think, as they intended it to be.

My sons watched the show as well, and they are on social media, and they were well aware of the hubbub about those scenes/that season as a whole. Because of that show and the outcry, I had conversations with my sons that I might not have otherwise had, and I think that was a VERY good thing.

But in saying that, I'm not trying to gloss over the truth that so many were triggered by these plotlines -- whether or not they personally victims. Even after the immediate physical injuries of a rape have healed, the psychological effects linger.

So answer already! Why write about it? Why add the layer of 'incest' to it?

It wasn't shock value. My writing has never been meant to come across as some wordy version of a shock-horror concert like Marilyn Manson or Rob Zombie.

When I wrote Jovienne it was not a story I had plotted out. There was no 'I'm going to have bad things A, B, and C happen cumulatively, and then she's going to escape and/or deal this way.' 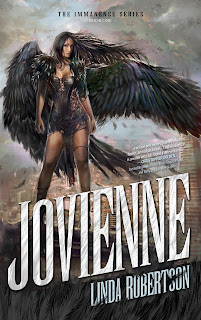 It had already established these four things in the text:

1.) all demons needed to feed on energy soon after they arrived in this world

2.) they fed two ways:
a.) by killing something/someone and partaking of the death energy, or
b.) by a sexual exchange

3.) if a demon physically touched a human for an extended time, they could pull images and thoughts from that person's mind

4.) some demons could shape shift

When I wrote Jovienne's test, I didn't have a plan for getting her out of it alive. It wasn't a planned novel, but more of a short story exercise. I wasn't invested in making her live through it, just seeing what would happen if I tried to kill her.

How hard would this character fight to finish her story?

I'd also established that her family was dead and that her father was a hostile, brooding, bullying, belittling, tantrum of a man. She hated him. He gave her no kindness and allowed her no happiness.

As an author, having her face him --or rather a demon wearing his face-- was the worst I could do to her. But that demon gained a position of power over her. Having the demon attempt what evil was established as it's prerogative as her father... it certainly seemed a demonic act to me.

Her reaction and subsequent actions establish her character so strongly, so unrepentantly, that I could not do her the disservice of removing that scene. Hers is not a journey everyone will want to read. But it has been an inspiration for me to write.

I welcome your thoughts and a civil discussion in the comments, if you like.