Jim's Five most Memorable reads of 2017

My collection or reads is always eclectic. Comics, books, anthologies, etc. So I'll try to be succinct.

I should clarify that though thee are numbered, I'm not really ranking any of them higher than the others. these are the beasts that stick out for me this year. These are the ones that caught my attention and kept me thinking long after I was done with the actual reading.

At number 5, we have DOGS OF WAR by Jonathan Maberry, the latest in the Joe Ledger series of books. I love the action and I can never get enough to the humor and suspense combination that Maberry uses. It's clear the author is having a last writing these things and that in turn makes me have a  last.

Number 4, Bracken McLeod's STRANDED is an absolute blast. I love a good twist or turn in a story and there are plenty of them in the novel. It's a rollercoaster ride, and it's fun. As an added bonus, he managed to surprise me a couple of times and that is a rarity.

Number 3, Victor LaValle's THE BALLAD OF BLACK TOM is a spectacular surprise. I'd heard LaValle was good, but he's better than that. I was absolutely dazzled by his work on this novella, which is an alternate take on H.P. Lovecraft's "The Horror At Red Hook," which, frankly, was always one of Lovecraft's weakest for me.

Number 2, After waiting FAAAAR too long for it, Dan Brereton finally came out with another book in his NOCTURNALS series, NOCTURNA
LS: THE SINISTER PATH. The story is a cool mystery and there's great characters and great storytelling as always but as an added bonus, I really think, as hard as it is for me to believe, that Brereton's actually gotten better with his artwork. Believe me, that's saying something. He has always been a favorite of mine. his comic book pages are lavish, sumptuous paintings, that happen to tell a great story in the process of being beautiful. I would gladly recommend all of Brereton's work, but he has simply improved in leaps and bounds with THE SINISTER PATH.

Number 1, ARARAT By Christopher Golden. I've noticed a trend as I've been typing this. Thus year I'm favoring the  genre blenders. A little of this, a little of that and swirl the contents together until you have something bigger and better. ARARAT is no exception. It's an adventure, it's a suspense and it's got some horror, too.  What happens when a group of explorers finds what might be Noah's Arc on Mount Ararat? Nothing gentle is what. Loved it! 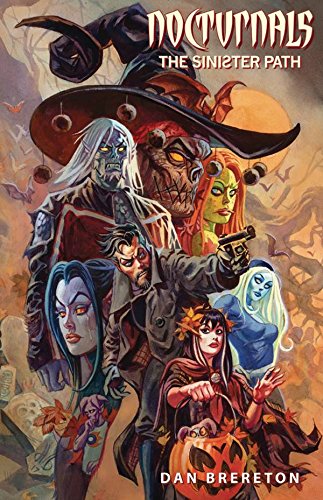