Picking an Era of the Past to Write In 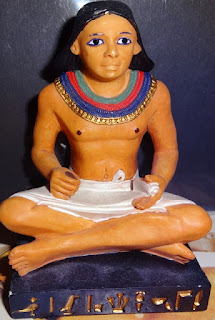 I imagine I would have been a story teller in any era, but there probably would have been a lot of barriers to success.  In ancient Egypt for example, I could have made up great stories about the gods – just look at my series of paranormal romances set in that time frame! – but unless I’d also been trained as a scribe (unlikely) or a scribe really loved my work and wrote it down for me in flowing hieroglyphics, the stories would have been lost. Even if my mythical handsome and smitten scribe did write it down, what are the odds anyone would find an entire Sheshemetka tale intact all these centuries later? (Do you like my flowing pen name of 4000 years ago?)

Jane Austen’s time is appealing in some ways, but since the real Regency wasn’t much like the romance-y Regency with waltzing Dukes, I’m not sure how I’d have prospered there. Unless I was born into a good family situation to start with, I’d probably have been too busy trying to survive as a governess or housekeeper, or other occupation, to write. (But there would have been a Duke, we would have waltzed….uh oh, I’m digressing again…)

Actually, I can envision myself quite successfully writing ‘pulps’ at the turn of the century, maybe even on into the 1950’s. I can tell adventure stories like Tarzan and John Carter of Mars, Flash Gordon and the like just great. Not too science-y, got a romance sort of and constant action. I write fast so I could have churned those babies out. Maybe Johnny Weissmuller or Buster Crabbe could have played one of my hunky heroes in an endless cliffhanger movie serial! (Author gazes off into space, goes off into space-time wormhole, develops entire plot about fast-talking, hard-drinking, glamorous pulp author self, bleached blonde, holding her own in Hollywood and….) Oh, where was I? Errol Flynn in his prime was going to play my hero on the big screen???

I’d have had to take a male pen name of course, or one that was suitably neutral, like Andre Norton. Not that she wrote pulps – I love her books – but I would have loved to have written science fiction at a desk close to hers and compared notes a lot.

At any rate, I’m glad I write now, where the only gate keepers are the readers, and I have all the tools at hand to create my stories and transcribe them and publish them. And if I want to try my hand at something new, or cross-genre, I’m perfectly free to do so. No disapproving Egyptian priests, hoity-toity Patronesses of Almacks or anyone else to stop me. Their modern day equivalents can leave reviews of course!

Just a reminder of my new release (speaking of action, adventure, romance and scifi): 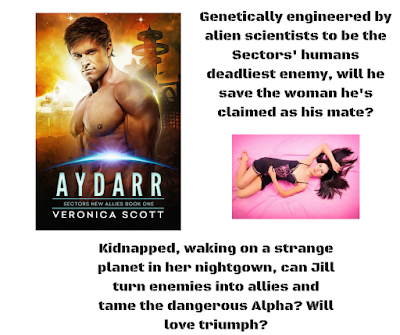