So back in the day, I was writing a comic book proposal a day and had been going strong for over a month when I finally decided I'd had enough.

I had an image stuck in my head and could not get it to leave me alone, so I finally broke down and wrote that scene. Then I wrote the next and the third. About three months later I had the first draft of my novel UNDER THE OVERTREE.

I was pleased. i was delighted! I ad around 180,000 words on a computer file and it felt effortless!

Of course, back then I barely understood the concept of editing....

I edited the hell out of that manuscript, I fixed a nearly endless run of run on sentences. I corrected tense shifts that were positively epic.  I studied the structure of the book a few dozen times and realized that I had created a massive house of cards. One scene goes and the whole thing falls apart.

And then when I was done I set it aside for a few weeks and did it again.

I have never edited a book as heavily as I edited UNDER THE OVERTREE. I believe there were seven or so drafts before I could look at it without actively cringing.

These days I edit as I go. It's slower, but it keeps me sane.

there have been three editions of the book. There was the initial version from Meisha Merlin, the mass market edition from Leisure books, and finally the limited edition from Bloodletting Press. Likely there will be a new edition soon.

I have not made significant changes on the latter editions. part of me wants to, because, frankly thee are things I'd like to change. My writing style has evolved over time and some of those early phrases hurt my head. I won't. I will resist the temptation, because all of those warts and scales? They're proof that I HAVE evolved as a writer. And if I made the changes, it would no longer be the same novel.

I'm proud of that story despite the things I might want to change.


But, wow, I seriously never thought the edits would end.... 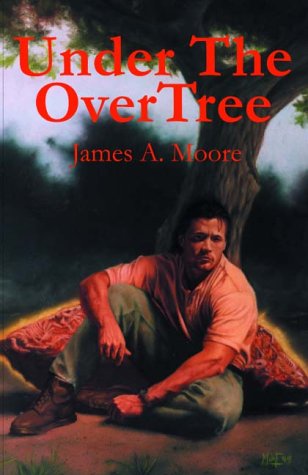