The Artful Juggle: Planning Future Books While Keeping up with Current Deadlines 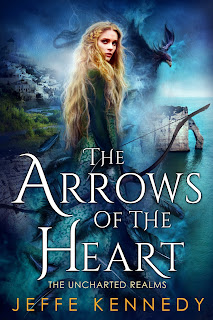 Our topic this week at the SFF Seven - the challenge of maintaining a writing schedule and trying to prepare for future business - is an apropos one for me right now.

Because, boy howdy, have I been wrestling this particular challenge lately.

I'm what we're calling a "hybrid" author these days, which means I publish both traditionally - with a publishing house - and I self-publish. I make my living this way and my income is roughly split between the two. In 2016 my income was 62% from self-publishing and 38% from traditional publishers. In 2017 it was 43%/57%. Pretty even at this point.

Obviously it's important to me to balance both sides of my writing career.

On the traditional side, that means meeting my deadlines. And not just the ones for drafting, though those are the big ones. Those are also the ones I know about from the time I see the contract. There are other deadlines - sometimes quite abrupt - for completing content revisions, line edits, copy edits and proofing. Sometimes those come in with a "We need it by the end of next week." That kind of thing can really impact the rest of my schedule, so I try to pad a bit, to allow for those things.

The traditional side also impacts my self-publishing schedule because many traditional contracts now include exclusionary clauses where I can't publish a novel in the same genre within a certain window on either side of a traditional book release.

For example, people keep asking me if/when I'm going to finish the Sorcerous Moons series. That one has gotten seriously derailed. The main reason it has is because something had to give and that series isn't connected to anything else. But I WILL finish it! I'm planning to have books 5 and 6 out this fall, in quick succession. I had to keep up with the books in The Uncharted Realms series, to sync with the upcoming Chronicles of Dasnaria books.

(That's part of why I included the newly revealed cover of THE ARROWS OF THE HEART here. The cover is all ready, but the book is not. I ended up having to push it back some, to meet a traditional publishing deadline, alas. That's another part of the juggling act, getting all the pieces to come together at the same time, more or less.)

BUT, the trickiest part of this whole juggling act is the precise point of this week's topic: preparing for future business.

Because traditional publishing has such long lead times, I have to plan now for books that will come out two to three years from now. Another example: I began writing THE ORCHID THRONE last March. (March 15, 2017, to be exact.) By June 15, I'd written and polished just over a hundred pages of the book, plus proposal, working with Agent Sarah all that time to position the book in the market. By July we'd sold the book to St. Martins Press.

All that time, I was also writing on other projects. There's a lot of stopping and starting while working up a new series, waiting while Sarah read it, fitting it in around other deadlines, etc. Once we sold it, I could set it aside, because the completed book isn't due until July 15, 2018. A WHOLE YEAR after we sold it. And it won't come out until August of 2019, with Books 2 and 3 in 2020 and 2021.

All of this means that, to maintain the traditional publishing side of my career, I have to start thinking NOW about books and series I can sell that will start coming out in 2020 or so.

So, that's been my other thing - I've been working on a very exciting collaboration. A new series - new genre, even - and we're close to going on submission with it. It's a slower process, working with someone else, learning to write as part of a team, and also stretching me in good ways. That means, too, that it's taken creative energy away from my other writing projects, so that's part of the challenge.

And all good, too. Challenges make us grow, yes?