Once upon a time, there was a geeky almost-teenage boy who watched a lot of Japanese anime. Based on the amount of ninja stars and black clothing he owned, he possibly wanted to be a 16th century Japanese man when he grew up. All possibility of that happening aside, when his parents insisted on him reading fiction, guess what he pulled down from the book store shelf? Oh yes. 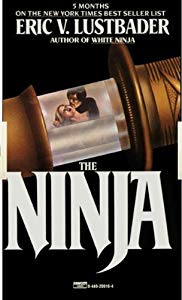 This is the exact kind of horror and betrayal readers experience when publishers attempt to market broadly and lose sight of their actual audience. The people who do buy the book stand a good chance of being mildly squicked at best, furious at worst. And what do you think that does to their future buying decisions? Do you imagine those people who have been once betrayed will blithely trust again? Do you think the adorable anime-ninja aficionado teen is ever going to buy a likely-looking book at the bookstore without at least three friends confirming the ninja-focus of said book?

Pro'ly not. So people, please stop doing this, even if it seems like a clever or creative way to attack the market. It might get you a few sales in the short term, but it will lose you readers in the end.

I promise to do better. So should we all.