When Book Marketing Betrays the Reader 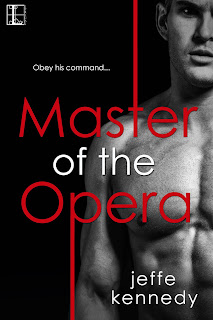 Recently an old family friend asked me for advice. She was coming out with her first book, had hired someone to help package for it - formatting, cover, uploading, etc. But she wasn't happy with what that person advocated for the cover. She wanted an image that represented her author's vision of the story, which was her coming to peace with a problem, whereas the designer's cover images all focused on the problem.

I gave her my pick from the choices, and then explained that it's not the job of the cover to express the author's vision. The entirety of the INSIDE of the book does that. The cover has two jobs: 1) to entice a reader to look more closely, and 2) to convey the genre and kind of story it will be. In her case, a cover that transmitted the problem was what she needed, so readers would understand what the story would be about. 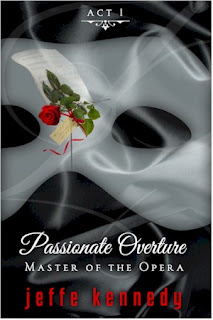 The cover above is one of my least favorite because it fails on both parts of its job, in my opinion. I don't think it's particularly enticing, as the guy looks ill enough to be mostly dead. Also, nothing about this cover communicates erotic paranormal. The font looks like something post modern, and he... well, NOT sexy. MASTER OF THE OPERA is actually a modern retelling of The Phantom of the Opera, set at the Santa Fe Opera. Kensington published it as a six-act serial novel starting in January 2014. Those covers are marginally better - at least giving a Phantom of the Opera vibe - but I think the genre communication is murky still. Also they didn't do the marketing the way a serial novel needs to be promoted.

Anyway, the zombie cover (though Assistant Carien says I'm insulting zombies by calling it that) was on the print version that brought all six acts together in one place, which came out in the fall of 2015. I asked then if there would be a digital version compiling all six and they said no.

Then, last week, I got tagged on new release congratulations for ... the digital version compiling all six acts, complete with zombie cover and a release date of April 30, 2019.

So, no. This isn't really a new release at all. It's barely a new format. Coincidentally enough, our topic at the SFF Seven this week is marketing suckering readers into reading a genre they don’t enjoy.

In this case, I'm irritated by the marketing attempt to sucker readers into thinking this is a new release from me. The cover mostly just fails to do much of anything, really.

It's even worse, however, when the marketers decide to cash in on, say, the Romance audience. I think this mainly happens with Romance, though I'll be interested in the takes from the others in the SFF Seven if they've seen it happen in other genres.

What happens in Romance is, a story with a love affair in it gets marketed as Romance, but then has an ending that doesn't satisfy the Romance promise. The affair ends in some way - with a death, a sacrificial parting, or a permanent parting of the ways for one reason or another.

It happens a lot in Romance for two reasons: 1) The Romance audience is huge, avid, and passionate, therefor a tempting market, and 2) marketers (and some authors) regard Romance readers as kind of silly and short-sighted in their desire for a happy ending to the love affair. They think the readers don't know what they really want and that this book will change their minds because it's just THAT good. Either that or the marketing folks don't care past getting that one sale. The advertisers of widgets can be like that, not understanding that the book is not simply a one-sale product, but the beginning of a lasting relationship.

(Of course, this is also why the big box bookstores failed. They never understood that readers have relationships with the books they buy that goes far beyond something like acquiring groceries or the latest tech gadget.)

The thing about reading is we do it for pleasure. We scour covers, copy, and reviews to find the story that will sing to us. If we get suckered in by misleading marketing and are disappointed in the end?

(But MASTER OF THE OPERA is a Romance and the story is way better than that cover. Just saying.)