The Best Title That Never Was 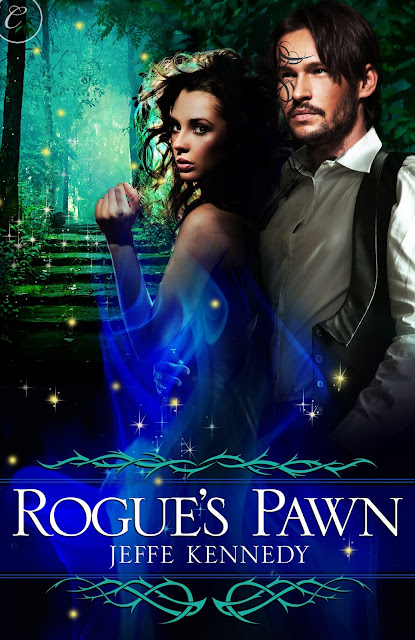 Our topic at the SFF Seven this week concerns the reality of having to change names. We're asking the crew if they've ever had to change the name(s) of a character or place in a book after we'd drafted it? Who is the character who will forever go by their "unpublished" name in our minds?

For me, it wasn't a character. As far as I can recall, I've never had to change the name of a character or place in a book. If I did, it never mattered enough to me that it stuck in my head. I *have* had to change titles, however, and the one that has never left my head is for the book that became ROGUE'S PAWN, book one in my Covenant of Thorns trilogy.

This was my first published novel - released in 2012 - and was the story that invaded my dreams and wrenched me from a nonfiction career and into fiction. It was, in fact, fantasy romance, but I didn't know what to call it then. I started writing it in 2005, querying it in 2007 and it took me YEARS to sell.

All that time, I called it by another title in my head: OBSIDIAN.

The title has a lot of shades of meaning and symbolic layers in the story. That book is forever OBSIDIAN in my head.

It was a newbie author mistake. Had I realized that one-word jewel titles wouldn't work for two different series, in two different genres, from the same author at the same publisher, I would have cheerfully changed the Facets of Passion titles instead. Alas!

I'd love to get this trilogy back from Carina someday - largely because I've never liked these covers, either. Would I change the title back? I don't know... I wouldn't want readers to think I'm trying to trick them into reading something new that's actually old.

What would you say?