Not Painting Myself into a Corner Plotwise

Our topic at the SFF Seven this week is "World Rules and Painting Yourself into a Corner: What's a rule of your world established in a previous book that complicated things for you in a later book?"

Re-upping a post I wrote for this blog in early 2018, here’s what I said the last time as an opener:

The best example of this I’ve ever seen is the opening sequence of “Jewel of the Nile”, where romance author Joan Wilder is writing the most fantastic pirate scene and it keeps building and building upon itself, more complications and worse problems for the plucky heroine and then…she’s trapped alone with a ship full of evil pirates and NO escape.

“I don’t know what the pirates do any more,” she says basically, in despair.

I have never, to the best of my recollection, painted myself into a corner in a book.

I sit down, I write the book over the course of a few weeks (now that I’m fulltime), I don’t have Michael Douglas in his prime to distract me, as ‘Joan Wilder’ did…I start out knowing the beginning, the ending, and a few key scenes along the way. I don’t end up in box canyons like the bad guys in old movie Westerns and I don’t have to rely on suspension of disbelief, as people had to do sometimes with the old movie serials, like Flash Gordon, as embodied by Buster Crabbe. One week the serial would end with him facing certain death or Dale Arden facing certain death and there’s no way Flash can reach her in time…and the next week’s episode starts off with her safe in his arms and no explanation given because of course, he’s FLASH. What? Eat your popcorn and don’t ask questions.

Yup, doesn’t happen to me when I write.  Somehow my faithful Muse and I avoid those issues. We might have other issues perhaps but not that one.

Moving on from my 2018 thoughts to the present day, I did get a little too conservative with my Badari Warriors series when I began writing it. This was my first ever actual series and I wasn’t sure how it would go, or how readers would like it, so in my head, I was doing three books. Okay, fifteen or so books later and with wonderfully enthusiastic fans (yay!), I’m still spinning out the overarching plot. I’ve sat down more than once and done a really rough sketch of what else could happen before we get to that last book. I do have the final book plot in my mind, as much as I ever do any plotting in detail ahead of time.

So where is the problem, you may ask? Well, I made the original packs pretty small. I believe I said about ten men each at one point.

So as it became clear to me I was going to want to write tons of books about my Badari Warriors, I had to find ways to open up the possibilities. I like wide ranging stories. I’d had in my head from the beginning that …..SPOILER…..

…despite everyone being so adamant there were no Badari women, I knew that yes, there were, and I planned to write a book for them at the right time. The book was GABE. I did plant some hints about this in an earlier book, where one of the human characters overhears two of the alien scientists laughingly discussing an old rumor that perhaps a few Badari women might have been created, early in the 800 year old experiment’s history.

So that was one way of expanding my boundaries. Then in KIERCE, I created a Badari from another lab entirely, in the south seas area of the planet, and gave this set of Badari a few new rules, while keeping the basic parameters. Now I’ve written about this southern pack in DAEGAN and the most recently released book, IVOKK.

If I’ve established a rule or a condition as an absolute, I won’t annoy my readers by breaking the rule in a later book. That can really set my teeth on edge as a reader when I’m reading someone else’s series so no way am I going to do that. But I’m pretty creative about working within my existing universes and trying to tell a good story. It’s not my nature to sit down pre-writing and draw up some gigantic, rigid structure of commandments and rules my characters and 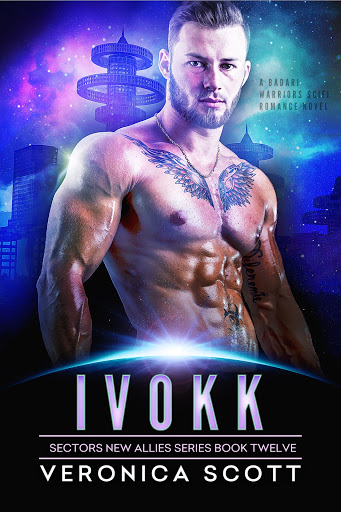 I Must Live By.

So no, won’t be painting myself into any corners!

Here’s the newest book I mentioned above:

The blurb:  Proud enforcer of the Badari South Seas pack, Ivokk undertakes a secret mission back to their former home, in search of a cure for a mysterious illness affecting his soldiers, now in exile in the north. He’s ready to make any sacrifice to find the answer and help his pack brothers stay strong. He’s even willing to accept responsibility for the human woman assigned to the mission, although she’s a headstrong civilian, difficult and rumored to dislike his kind. 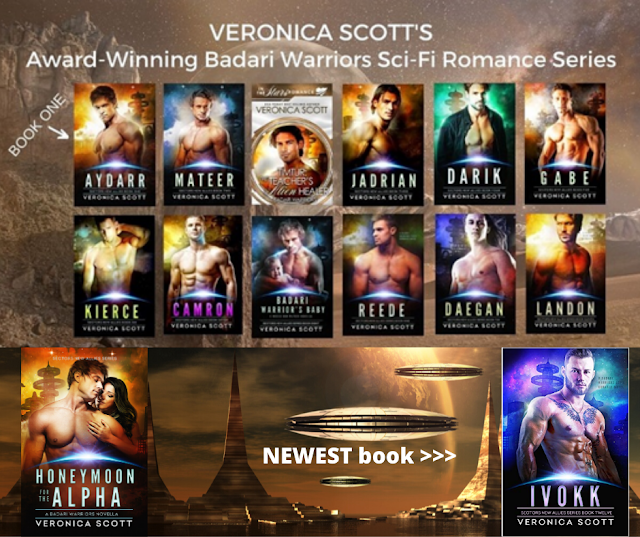