Those Who Have, Those Who Will 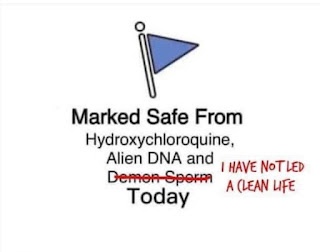 This made me laugh and I needed that. I figured I'd share the wealth.
On to the stuff I'm supposed to be blogging about. You know, there's a saying in boating. There are boaters who have run aground and those who will. I feel like that's the same way with writers writing themselves into trouble. Have I run aground in a boat? Oh yes. More than once. Have I written myself into a corner? Shockingly, not yet. I have no doubt that at some point it's likely that I will - it just hasn't happened yet. I put it down to one of the oddities of my brain. Sure. Migraines all the damn time. But in exchange, continuity issues seem to be a little bit of a weird and mostly useless (unless I'm writing) super power. No one else appreciates being reminded of what they said four years ago. I assure you.
I do have a situation right now in a WIP where I wish I could adjust a timeline. But I can't. So I have to cope. An acting teacher, talking about how to put up a Shakespearean play, commented that it's easier to create within the confines of a set of rules than it is to create in a void. Some days, I agree. Some days, I rebel. But one thing remains. If I write a series, there's a spreadsheet with all of the details I assume I'll need going forward. I'm frequently wrong and I have to go digging through earlier books to find some detail I half remember so I can get it right in the next installment. It goes in the spreadsheet at that point. But that's about the limit of my patience for guaranteeing that I don't write myself into something I can't write myself out of. So far. But. Like I said. There are those who have and those who will.