You Need More than One Bucket to Fill a Well

'Where I get inspiration', 'filling the well' and all the other euphemisms we use to encompass what really amounts to self-care is a tricky devil. I mean, do you ever have discontent rolling from your gut to heart and back again, but the wine and the bath bombs that did the trick yesterday don't put a dent in it today? Or is it just me pacing my house like a caged lion?
I'm guessing that answer is no. Especially not now. We're all looking for ways to self-soothe. It's a skill we're supposed to pick up in the transition from child to adulthood, but rarely do in healthy ways. This culture isn't big on it. It doesn't help that what makes us feel empty and depleted is often an incredibly fast-moving target.
What to do, then?
Multiple weapons, my friend. Multiple weapons. Some days, all you need to restore your soul is an exquisite piece of chocolate. Or a meal made by someone who cares about you. A piece of poetry or art that steals your breath. A drive (where you don't get out of the car) just to see what's over that hill or around that bend over there. Music. Movement - never underestimate the power of dancing like a goober to music you love when no one else is home. Go for a walk - just wear your mask. Learn something new. It doesn't have to be weighty or even germane. I've watched a dog training show on Youtube, for heaven's sake. I don't have dogs. Can't have dogs, more's the pity, and so the chance that I would EVAR use this is . . . well hell . . . now it's going in a story. Right now, a thunderstorm is doing the job for me. Sitting outside, under good cover, never fear, exposed to negative ions and listening to the rain and not-so-distant rumble.
Also, I think it's important to say that it's okay to be spent. It's okay to be empty. There's power in that, too. It's a rich, fallow space to lie in while you take a breath without rushing to fill back up again. Nature abhors a vacuum. You will fill. It's legit to take a break before you rush to do and just be. 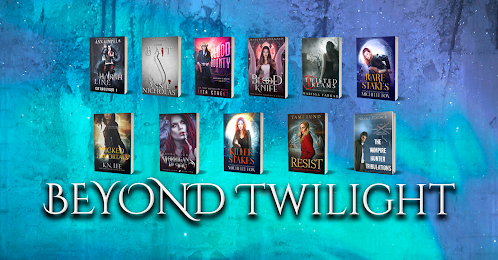 PS: New book out! The Blood Knife released yesterday as a part of a box set called Beyond Twilight that's available for the next three weeks. We have eleven vampire books in the collection. A po 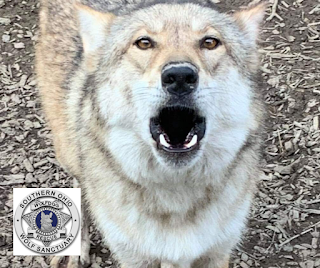 rtion of proceeds supports the Southern Ohio Wolf Sanctuary. The stories are based on how vampires might have changed in the years since Twilight first came out. Politics have changed. Social justice has changed. Vamps have had to adapt. We wrote a few of those stories. While we may be writing Team Edward, we're supporting Team Jacob.
Check us out.