How do you save ideas

This week the topic of conversation is how to save those ideas that come to you at the strangest times. OIn the shower and a notion pops up, driving down the road or having a conversation and an idea for a tale hits you?

I don't save them. I kind of fih=gure if it's a good enough thought, it'll come tome again. Like all of the goodies boiling in a pot of stew. If it's good enough, it'll come back to the surface. I'll see it when it does.

On an unrelated note: along with my co-editor Christopher Golden, I have won the Shirley Jckon Award for 2019, in the category of anthologies. Chris put it better than I could have, so I'm stealing his words:

"I'm absolutely thrilled to learn that The Twisted Book of Shadows has won the Shirley Jackson Award. It means the world to me that this book, and these authors, has received this honor. While I'm extremely grateful to publisher John M. McIlveen, co-editor James A. Moore, coordinator Matt Bechtel, and editorial committee including Linda D Addison, Rachel Autumn Deering, Lee Thomas, Nadia Bulkin, and KL Pereira (as well as to every person who supported our gofundme with a donation), I want to point your attention to the contributors. We sifted through 700 stories to find extraordinary stories. I'm so damned proud to be associated with the authors and the stories in this book, so congratulations to the authors. If you haven't read the stories yet, you owe it to yourselves to do so.
Angelmutter by David Surface
At Least the Chickens are All Right by Trisha Wooldridge
Beneath Her Skin by KT Wagner
Brother Mine by Rohit Sawant
Cake by MM DeVoe
Coyote by Jason A. Wyckoff
Elegy by Sarah L. Johnson
For Every Sin an Absolution by Kristi DeMeester
Groomed by Liam Hogan
Liza by Jeffrey B. Burton
Lydia by Cindy O'Quinn
Midnight Sun by Andrew Bourelle
Mirror, Mirror by PD Cacek
Records of the Dead by John Linwood Grant
Smeared Star in Your Hands by Sara Tantlinger
The Birthing Pool by Eoin Murphy
The Pale Mouth by Melissa Swensen
Underground by George Murray
Unto the Next by Amanda Helms" 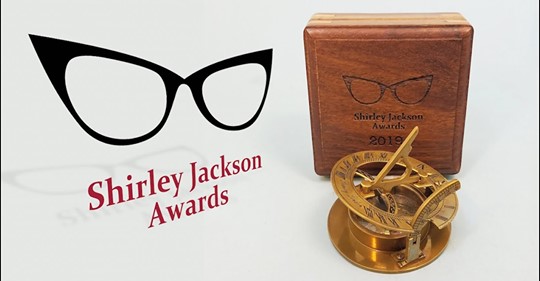