Happy June and Happy Pride! This week on the SFF Seven, we're highlighting LGBTQ+ creatives. First off, let me guide you to K.A. Doore's website if you're looking for excellent queer adult LGBTQ+ Fantasy/Sci-Fi recommendations. K.A. has such great round-ups each year. I love scrolling through and adding books to my TBR list. Support marginalized authors, y'all.

Second, I wanted to highlight two authors and two books that can be read by all ages.

First, a friend and former editing client, Greg Howard. His novel, The Whispers, is a middle-grade masterpiece that everyone should read. This book stole my heart! 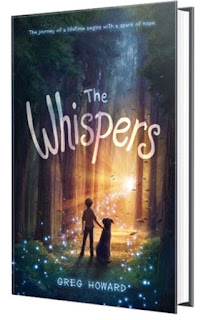 Eleven-year-old Riley knows a thing or two about wishes. Ever since his mom disappeared, all he's been doing is wishing: wishing for her return, wishing he'd stop wetting the bed and wishing his dad would love him again.

Finally, with the police investigation stalled and worried his mother might soon be out of time, Riley is desperate for answers. So, he turns to the Whispers, mythical wood creatures who will grant your heart’s desires if you bring them tribute. It's a story his mother used to tell him every night. He never really believed they were real until one day he hears them call to him, telling him his mother is near.

Riley is determined to find the Whispers and ask for the one thing he wants the most: his mother's return--no matter the cost--especially since he thinks a secret he’s been holding close is the reason she's gone. This is his chance to make things right. Along with his best friend, his loyal dog and a neighbor boy with secrets of his own, Riley ventures deep into the dark woods--where all sorts of dangers lurk--to find the Whispers and, he hopes, his mother. But what he finds will change everything for Riley forever.

Greg Howard stuns in this heartrending, mesmerizing debut about love, magic and what it means to believe in the impossible.

Praise for The Whispers:

“This taut, moving tale delves beyond loss into issues of sexuality, conformity and self-acceptance…a masterful exploration into the power of storytelling but also its dangers, including self-denial and escapism.” —The New York Times Book Review“With sensitivity and skill, Howard handles themes of sexual identify, self-worth, loss and friendship.” —The Washington Post"Howard’s personal story helps create a fictional narrative both realistic and relevant, while also calling on the fantastical magic of the imagination…. A tale of family, friendship and loss, filled with magic and heart." —The Associated Press
"A dreamy novel recalling Bridge to Terabithia." —Entertainment Weekly"A heartbreaking, beguiling debut… This poignant journey through the badlands of grief is crammed with tenderness, wit and warmth." —The Guardian 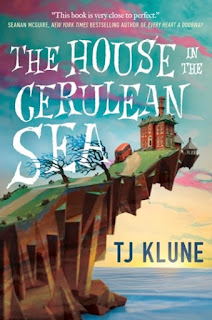 And! TJ Klune. I actually just started reading The House in the Cerulean Sea, but I'm so hooked.

Linus Baker is a by-the-book case worker in the Department in Charge of Magical Youth. He's tasked with determining whether six dangerous magical children are likely to bring about the end of the world.

Arthur Parnassus is the master of the orphanage. He would do anything to keep the children safe, even if it means the world will burn. And his secrets will come to light.

The House in the Cerulean Sea is an enchanting love story, masterfully told, about the profound experience of discovering an unlikely family in an unexpected place—and realizing that family is yours.

Let me know if you've read these book or if you add them to your list!