Our topic at the SFF Seven this week is as follows:

I don't give much consideration to what sort of hook I use to create them because every story process is different for me. I suppose the one I've used most often is the "Start it off with a bang" hook. I think that the best way to start off a novel, really. Throw some chaos in there and meet the characters. Before the chaos, life is u=ususlaky pretty calm.

Here's the thing: I want people to meet the characters I create and live through the changes with them. I want them to develop feelings for the characters, ha e empathy for them, and the best way to do that, in my opinion, is to put the characters through the proverbial wringer. In Seven Forges, we are introduced to Andover Lashkm apprentice blacksmith when his hands are broken by a member of the City Guard. You know him for about 400 words before I alter his life irrevocably. That's fairly common for me. In FIREWORKS, you know the whole town for roughly twice that time before I drop a crashed UFO in the area ad destroy over half the people. You get to meet the rest of the town as they are sorting through the ruins of their town and their lives, and then I get mean with them.

So, yeah process of elimination: I seem to like the catastrophe Hook.

There you go, you learn something new every day. 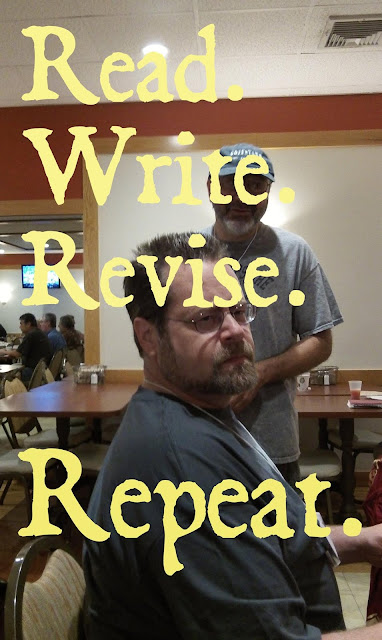