Status Update on the GOALS 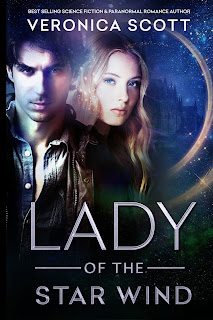 Time to examine the year in retrospect and see how I did against the goals I’d shared here at the end of 2015, when we were still Word Whores LOL. The goals for 2016 and my comments on status, which are in italics:

1. Release four books and two audiobooks.
Released five books and one audiobook, plus participating in three anthologies with original short stories or novellas.

•   I have one completed and fully edited manuscript - Lady of the Star Wind, a portal fantasy romance at about 125K words. It's on hold for the moment while I work on the next book in my Star Cruise series. I think my readers would prefer to have that SFR next, you know? I got Lady of the Star Wind released… 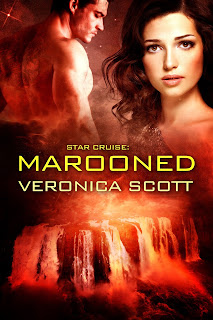 •      My wonderful audiobook narrator Michel Riffle is beginning work on Star Cruise: Marooned now so I will have that one released in a couple of months. I think before 2017 rolls around we might get another one done. We did release Star Cruise: Marooned but didn’t get to the second one, partly because the way Amazon now prices its Whispersync feature at $1.99 or $2.99 makes it extremely difficult for the author to recoup the production costs, let alone break into profit territory. Audiobooks run $2K and above to make, depending on the length. Readers are asking me for more audiobook versions, which is GREAT, but we’ll have to see in 2017. The audiobooks do sell at full price on iBooks and Audible.com, which helps matters. (OK, rant over.)

2. Meet tons of readers at the RT Booklovers Convention in Las Vegas! I'm doing a panel on science fiction romance; co-hosting the Intergalactic Bar & Grille event with other authors and doing the big book signing. Fun will be had! Fun was had! And I also got to be on a fantasy romance panel with Jeffe and other lovely authors…

3. Make it to Romance Writers of America Nationals in San Diego. I didn’t go to San Diego – travel takes a toll on my health and while my daughter went with me to RT and helped me out so much in between her own author activities – she’s also a published romance author – there wasn’t anyone available to go with me to RWA. There’s always the future J.

4. Continue to blog for USA Today Happily Ever After and also Amazing Stories, where I just joined the team. And I'd never give up being the Saturday Word Whore, or my Here Be Magic group. I did continue to blog for these four platforms and I recently joined Heroes & Heartbreakers as well, to talk about science fiction romance on a regular basis. I also do a guest post once a quarter for Romance University.

5. Surprises and adventures! I got to record the part of a Starship Enterprise Red Shirt Crew Member on the audiobook version of Harlan Ellison’s “City On The Edge of Forever,” which became an AudioFile Magazine Best of 2016 selection (but not because of my 7 words of dialog, I assure you). I was privileged to interview Michelle Lovretta, the creator and showrunner of “Killjoys”, as well as a number of the actors from the show and the “Dark Matter” cast too. All thrills for this science fiction fan! On the personal front, my older daughter got married….

6. The two goals ALWAYS on my list but not in my personal power to achieve? Win the big Lotto jackpot and see one of my books made into a movie! (Hey, a girl can dream big, right?)Um, ok, nothing happening here that I’m aware of. But I’m always hoping for the phone to ring! And I did win $20 on a scratcher Lotto card yesterday… 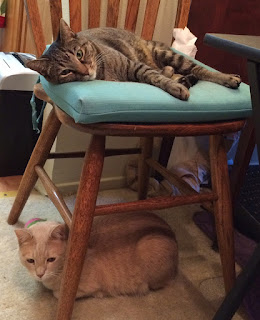 So there you have it. (Jake the Cat says to tell you his goal is to be petted, amused and fed, and have warm places to sleep by the way. Keanu the Cat wants much the same but also to NOT have his photo taken or ever be required to darken the vet's door again.) Jake accomplished his goals except for one  reluctant trip to the vet for an ear problem. Keanu totally declared victory and wins 2016. (Well, yes, I did take his picture...)