Every year since my birth, my mother has given me a Christmas ornament. She usually gives it to me at Thanksgiving, so that I have it for decorating my tree. This year she gave me a Nambé star for a tree-topper. I may have made a special request, as I love all things Nambé, and I love this, in particular. One day I hope to have Santa's sleigh, but ... alas the price!

Our topic this week at the SFF Seven is a round-up of our three most memorable books of the year. I think it's interesting that we frame it as "most memorable," as opposed to the best, or most loved or favorite. There's a difference, isn't it?

So when I went to write this post, instead of first combing my list of five-star reads, I thought back to what books stood out in my mind. The first that popped into my head was one I loathed - not only for the story itself, but for the blatant manipulation of the reader. I ranted already about it here, so I shan't give it any more press than that.

Another book that jumped immediately to mind turned out to be one I read in October 2015, and so not eligible. However, I figure any book with that kind of impact deserves an honorable mention, so I'm including it now: Everything I Left Unsaid by Molly O'Keefe. What a wonderful story. I've recommended it any number of times to people this last year, so I think it totally counts.

Otherwise, I made a list of the books that loomed large in my head and checked those against my lists. As many of you may know, I keep a spreadsheet (OF COURSE) of everything I read in a given year. That includes work for critique or editing, and so includes my own books. My goal for the year was to read 150 books. That was a reasonable (I thought) and optimistic increase from the 122 I read in 2015. Right now I'm at 88. There's some reasons for the lower numbers, along with other ways that 2016 was a strange dip year for me, which I'll talk about that more next week when we explore how our 2016 goals turned out - both accomplishments and deviations. 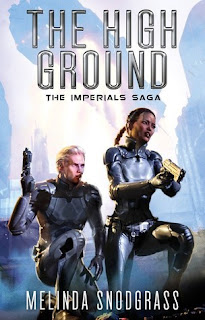 This is the only book in my top three for 2016 that was actually published in 2016. Time is ever a problem for me. This year I read books that will be published in the future, some published long ago, and very few in the narrow twelve-month window that makes them award-eligible. I'm trying to get better about this (which did factor into the fewer books read), but I'm not where I'd like to be on this.

I met Melinda for the first time in May when we did a signing together. She bought my book, I bought hers, and we became friends - which is cool since we live quite close to each other, New Mexico-landscapewise. This sort of buying-each-other's books thing can be fraught as there's always the possibility you won't like the book, and then you see this person you like again and it's all weird and awkward. Happily, I loved this book! Fortuitously, she also liked mine. Regardless, this is a wonderful first book in a new space opera with a tasty slow-burn romance. The world - one where corporations are the aristocracy - is oddly prescient of our current political climate, but not so much that it will make you think of modern politics. Can't wait to wrest the next book out of Melinda's paws! 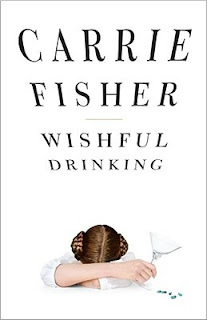 I came at this book through a winding path - mostly due to having my iPod on All Songs Shuffle during a June solo road trip. Paul Simon came up and I listened to songs from Graceland and Rhythm of the Saints for the first time in ages. I loved those albums in the day, so the revisit felt wonderful and magical. In the ensuing years, I'd come to understand the significance of him being married to Carrie Fisher, who also resurfaced this year in my mind as an enduring hero - and totally badass in Star Wars: The Force Awakens. Simon's songs tell stories and, listening, I began to wonder which were about Carrie and their marriage. A LOT OF THEM it turns out. I downloaded the audio book and listened to it on the trip home. Her stories made me think about art, creativity, love and being drawn to other creative types. Fascinating stuff that fed into many of my ideas this year. 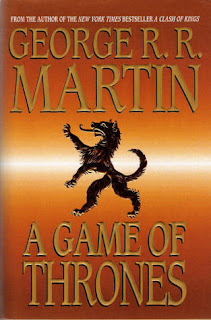 A Game of Thrones

I tried to read this book a few years ago. Before I kept a spreadsheet, in fact. I'd read my requisite 25% and set it down as a book that would not make me happy. When the HBO series came out, we starting watching that and I felt validated in my perception that, yes, this is an author who will break my heart. I even got rid of my paper copy finally.

Then it came to be that my friend Anne Calhoun talked me into reading it. We are embarking on a project, a book club of two, to read epic fantasy and learn from them. I'm on page 539 of 802, so it might be a bit of a false positive that it's a memorable book of the year.

One thing I've noticed in reading this book is that it's invaded my dreams - and has done so from the first page. I think about the characters and I freaking worry about them! This is one reason I abandoned it before, because I don't WANT to be this involved with people I know will face horrible events, including their deaths. But it's also amazing that an author is able to do this. Anne has called reading this book a master class in writing and I think she's right.

It's also an interesting bookend to these three that George is longtime friends with Melinda, so now I'm friends with them both.

It's been an interesting year!

So, what about you all? Most memorable books? Most loved??