Sum Total of the Goals 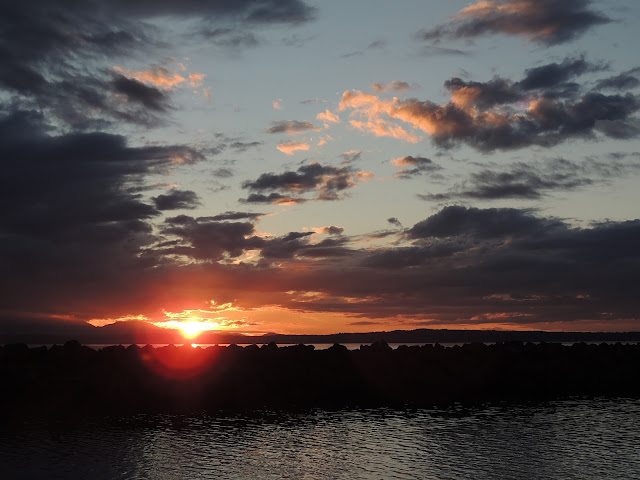 I hope a bright and happy solstice was had by all and that the forthcoming holidays will also delight you and yours.

Do y'all remember back to January of this year? I only barely do. Apparently, I went on a rant against the abomination that is Western Civilization's obsession with New Year's Resolutions. It was my screed against listing out goals for other peoples' consumption and/or guilt-making. And though I was ranting against the load we seem to want to place upon ourselves with goals and resolutions and all manner of betterment (as if we aren't enough in and of ourselves) it turns out that ranting against goals is actually making them. They went something like this:


How'd I do with these? Erm. Uh. Okay? I guess? The first one lasted for maybe a week before I fell back into old, nasty habit. I am still working on that. Too much research in the world proves that negative feedback does not produce results. Being mean and calling yourself names in your head does not do the job you want it to do. It produces little to no motivation. Positive motivations (having something to shoot for that matters to you) is far more productive. Reprogramming one's brain to DO that is not the easiest. Let's call this a work in progress.
I did nail the last two. Self defense on finding time to do nothing. Migraine sufferers know something about that - usually after a major migraine, you spend several hours, one the pain and sickness are gone, just looking around. Going through life gently. Yes. It is in fear of the migraine returning. But the point is that taking a few minutes each day to do nothing is now part of my self-care.
Helping someone else - Ballard has a population of homeless folks. You get to know who they are and you get to know their needs. So making sure that there are extra hot drinks on cold days, or a box of feminine hygiene products left for the young woman on the street with her partner - those things are easy to do. Supporting Best Friends and Big Cat Rescue with 10% of every dime I make is my other thing. But my favorite was seeing a young woman walking the street in the greatest, should be in a movie, velvet trench coat (bright scarlet). I was behind her and her friend. They went into a restaurant. I followed and touched her elbow. The two women turn to look at me. Faces blank. I said, "Truly epic coat." The gal's friend grinned, pumped her and crowed, "Told you!" The young woman in the coat lit up. Lit up so bright it brought tears to my eyes. Dumb, huh? But it happened. I liked that. Think I'll put it on my list for next year - to see if I can make someone's day like that at least once.