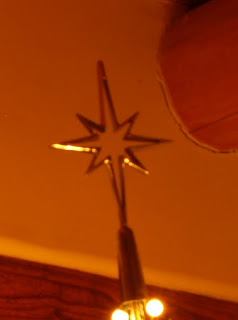 As part of our end-of-year wrap-up, the SFF Seven are Looking Back on 2016's Goals: How'd We Do? What Was Our Biggest Deviation from the Goal or Plan? Why? Most Satisfying Accomplishment?

I always find it interesting to look back on what I thought would happen during the year, then compare it to what actually occurred - and try to parse why. It helps me plan for the coming year.

It was a particularly interesting year for me in that it was my first full year as a full-time writer. Since getting laid off in October 2015, my biggest goal was seeing if my husband and I could make it without me having to get another job. Our situation is compounded by the fact that he doesn't have a salaried job either. So this meant dealing with fluctuating incomes and me paying my own health insurance.

I almost can't believe, but we're making it. And things are getting better all the time. Whew! Huge win right there.

The biggest miss is that I thought I'd be able to write about 25,000 words/week. I had a good reason to believe I could, as 5,000 words/day is doable for me. Instead, the graphs look like this: 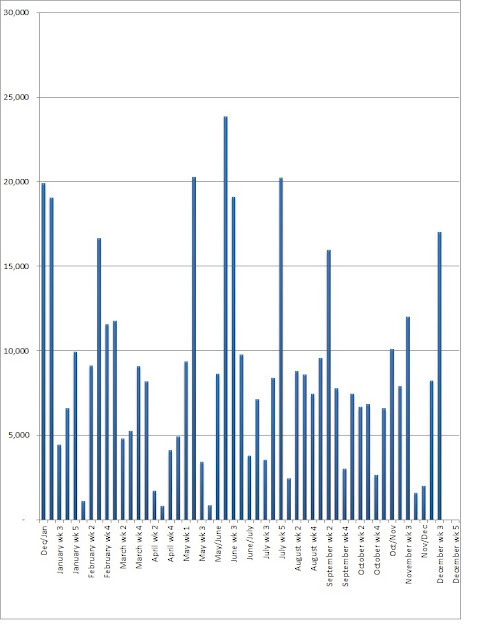 While I did hit 20K/week a few times, my average for the year turned out to be about 7,000 words/week. Very surprising to me. In fact, my overall annual word count went down for the first time in four years. 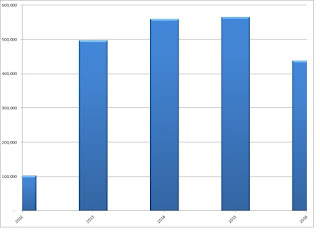 The most satisfying accomplishment was also the surprise from 2016. I got serious about self-publishing, in order to establish a more regular income, 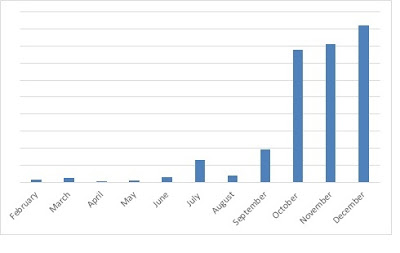 With the two-month lag in royalty payouts from retailers, along with time for me to get previous obligations handled, then new projects written and edited, the ramp-up was slow. But, once it kicked in, son of a gun, it worked! Having this option for authors makes a huge difference in whether we can make a living at this profession.

I think the take-home from this is that we can set goals, but we can't always be sure what will really pay off. Which keeps life interesting!

Finally, to compare to what I set for goals at the end of 2015 in this post, I said:

2) My agent has a book out on submission for a new epic fantasy series. It's a rework of the second novel I ever wrote and I love so much about it. In 2016, I want to either see it published or firmly in the publishing pipeline.

3) We're also going out on submission with a new contemporary romance, the first in a trilogy. That one is getting published in 2016, one way or another.

And... no. What it got was the Revision That Would Not Die. But it's a way better book now. My agent said: "Words cannot express how impressed I am with this new draft. You have taken something I thought was enjoyable and fun and turned it into something raw and meaningful and powerful."

I'm still calling that a win.
4) I have a third series that's been parked for over a year. The first one is going out in 2016 or it's in an amazing confirmed pipeline. Enough already.

Also did not happen, but mostly because I decided to back-burner it in favor of another project, which is the one that accounts for most of the self-publishing sales, so I think it was a good choice.

5) I'm making this last one vagueish. I have numerous plans. Hopeful plans to help secure the future for me and my hubs. This is the blogging equivalent of throwing my prognostication penny in the well of good fortune. I totally promise that, at the end of the year, I'll report back on what worked. But I'm too superstitious to unveil them beforehand.

For 2017, I'm mainly going to work on evening out my production. I'd like to see if I can consistently produce at 15,000 words/week, which works out to 3,000 words/day, which seems to be more sustainable for me. We shall see!

What about you all - what was a surprise win from 2016? Goals for next year??