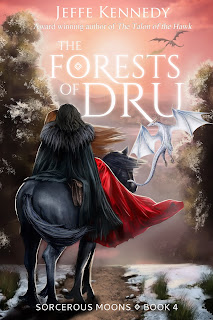 Check out the awesome cover for the fourth Sorcerous Moons book!! It releases Tuesday, January 24, but you can preorder at a few retailers. The blurb:


An Enemy Land
Once Princess Oria spun wicked daydreams from the legends of sorceresses kidnapped by the barbarian Destrye. Now, though she’s come willingly, she finds herself in a mirror of the old tales: the king’s foreign trophy of war, starved of magic, surrounded by snowy forest and hostile strangers. But this place has secrets, too—and Oria must learn them quickly if she is to survive.

A Treacherous Court
Instead of the refuge he sought, King Lonen finds his homeland desperate and angry, simmering with distrust of his wife. With open challenge to his rule, he knows he and Oria—the warrior wounded and weak, the sorceress wrung dry of power—must somehow make a display of might. And despite the desire that threatens to undo them both, he still cannot so much as brush her skin.

A Fight for the Future


With war looming and nowhere left to run, Lonen and Oria must use every intrigue and instinct they can devise: to plumb Dru’s mysteries, to protect their people—and to hold fast to each other. Because they know better than any what terrifying trial awaits…

(Or ferns, in some cases, maybe. Or the neighbor's pet - we shall see!)

Here at Chez Kennedy, we have two semi-famous pet residents. At any rate, pics of my Maine coon cats get more attention than posts about my books a lot of the time.

Not that I'm jealous.

Okay, I'm not bothered at all because Jackson and Isabel bring light and love into our lives. They're an integral part of my and David's day to day.

Isabel is the older kitty. In fact, tomorrow, January 23, is her eleventh birthday!! Happy birthday, Isabelly!! I'm not saying I sing to my cats, but if I did, my song for her might be to the tune of "Cinderelly" from the Disney version and goes "Isabelly, Isabelly, she's a beauty, Isabelly." She is, too. She's a blue smoke, and does look blue in some lights. She also has a lovely smile. 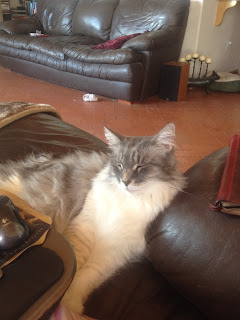 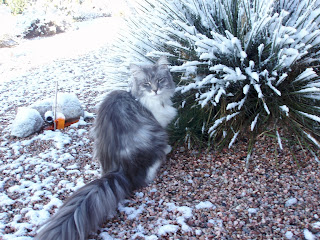 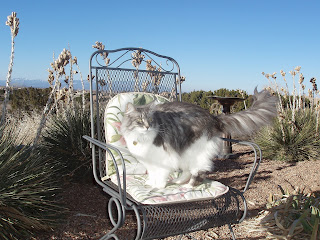 Jackson is our tuxedo boy. He turns five this year in March, and tends to get more press because he's always getting into trouble. Where Isabel is all about Zen grace, Jackson is irrepressible. Just yesterday I found him hanging out by the bouquet of lilies - with orange pollen all over the white of his muzzle. He just HAD to stick his face in the flowers. (Don't worry - he didn't eat any. Neither of them are plant-chewers.) 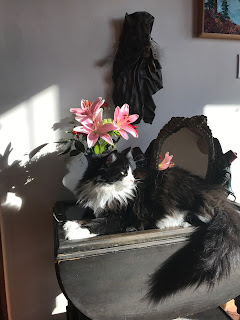 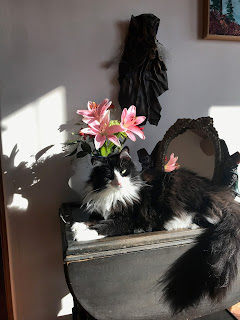 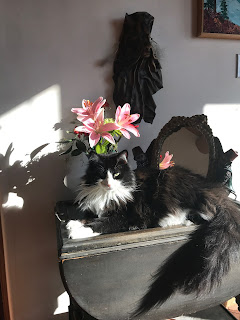