On the topic of Killing Characters 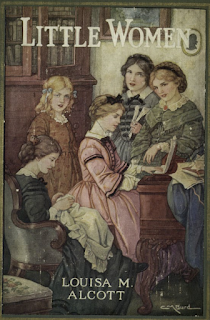 I'm an author. I realize that there are times when a plot may have more impact if a character dies. Do I like it? No. Have I done it? Yes, once or twice, as far as named characters with whom the reader had spent time during the course of the book. People my main characters loved and respected. (Versus unnamed throngs of bystanders people the reader never met and doesn't know...). In those cases, the story really was better served by the person not living to see the HEA occur. But I made sure these weren't meaningless deaths - they accomplished something important with the sacrifice they made.

Ever since - SPOILER - the first time I read Little Women as a child, and was devastated by the death of Beth, I have an aversion to reading books where beloved characters die. Much less to writing them.

No, I'm not Pollyanna. I know - none better - that beloved heroic people die in real life and sad things happen. Every day in fact. I can even handle the occasional death of a character who's been a part of a series for several books and then meets their fate. Do I like it? No. If I enjoy the book or the series enough, I do keep reading and kinda blot that incident out in my head frankly.

Yeah, by now you've guessed I'm not a Game of Thrones fan. No disrespect intended to those who
are, or to the skills of the author - just not my thing. I'm amazed I hung in there with "The Walking Dead" and "The 100" TV shows...so I guess I do make occasional exceptions in my entertainment choices.(And I admired fellow SFF7 Jeffe's choice regarding Prince Hugh, as she discussed last Sunday in her post. It was a shocking scene, it had impact, it set up lots of key stuff for the later books...and I kinda never liked him all that much anyway. I love her Twelve Kingdom series by the way.)

When I was contemplating this week's topic, I drafted quite a long and detailed explanation in my head for you, explaining why I quite consciously do NOT write books very often where people I/we love end up dying. But you know what? I decided not to go there. Everyone has sad events in their lives. I'm not unique.

What I decided as an author a LONG time ago, was to write stories I wanted to read, full of action and adventure and romance and a very happy ending for the vast majority of my characters. I may not be able to control real life and fend off tragedies for people, but I can damn sure control the events in my own books.

So if you're in the mood for a dark story where characters you've invested in and care about die, you won't be picking up one of my novels, and that's perfectly FINE. I have nothing but respect for authors who write in that style.

It's just not me and I'm happy writing what I write. (Waves from my happy optimistic corner.)