Danger in the Stars Excerpt: A Trip to the Garden 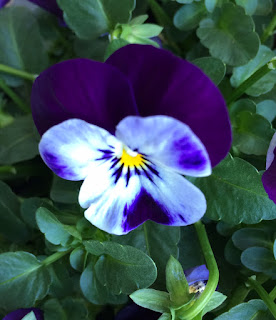 I'm just not a fan of doing flash fiction so I decided to follow Marshall's example from earlier in the week and give you a short excerpt involving a trip to a garden from my new book, Danger in the Stars.


Miriell shed her shoes and walked across the lush surface she knew was some kind of grass, kept ruthlessly trimmed to form a carpet. She stood in the center of the expanse, wriggling her toes, pulling strength from the planet in this small space of growing things. Nothing but a shadow in the moonlight, Conor stayed on the path, watching her.
“There are trees and flowering bushes in this direction,” he said.
“How do you know?”
“It’s my business to know all the details of any location my boss frequents.”
The reminder of the realities, delivered in his deep voice without inflection, cast a damper on her joy. He held out his hand, and she walked to join him. Leaving her shoes behind, he drew her deeper into the pocket garden until she stood under the canopy of three ancient trees, beds of flowers all around. Humming, Miriell knelt first by the flowers, absorbing their life-giving essence without doing harm, for here the plants were only conduits for her to tap into the planet slumbering below the harsh city blotting out the surface.
He went to lean against the nearest tree, showing a decided preference for remaining in the shadows. “You’re practically glowing. This must be helping, then?”
Her breathing was easier, and the muscles of her chest unclenched. The rattle and wheeze disappeared. “I would bless you for this gift had I the right to call upon Thuun for such things any longer.” Rising, she moved to the tree opposite the one he’d chosen and placed her hands on the gnarled trunk, palms down. Touching her forehead to the rough bark, she closed her eyes and hummed one of the simpler hymns. It wouldn’t do to take too much from this place, to siphon so much energy that the living things who also needed lifeforce perished. The planet’s bounty felt so smooth and strong, flowing into her from the depths via through the tree’s extensive root system.
As if he’d read her thoughts, Conor said, “We probably can’t do this field trip twice, so you’d better take what you need, however you’re doing it.”
Her protest was instantaneous, instinctive. “I can’t overtax the garden. It’s well tended but fragile, in the middle of the cold city of stone and metal.”
“Even if it’s the difference between your own life or death?”
Deciding not to answer him, she changed to a different song and added words, keeping her voice soft.
When she finished, he said, “I have no idea what the lyrics meant, but the song was beautiful. I’ll take the private concert as fair trade for bringing you here.”
“A Combine lackey who appreciates alien music?” She made her voice scornful. Sinking to the grass, she leaned her back against the tree and stared through the canopy of rustling leaves at the starry sky. None of the constellations were familiar, of course. Her world lay in some faraway portion of the galaxy.
“What are you thinking?” he asked, voice quiet in the still night air.


“Nothing happy.” She gave voice to her memories.  “As Jareck said so dismissively at the spaceport earlier today, we didn’t even know we lived on what you call a planet until the evil ones swooped down from the cold stars, killing and capturing.” She ran her hand across the grass, tiny green sparks flying as her energy renewed. “No prophecy ever uttered in the temples foresaw this fate for me, or those taken with me.” 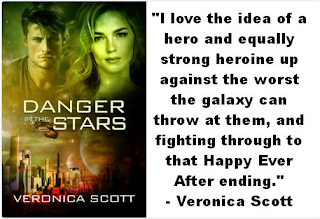 The story:
Miriell, a powerful empathic priestess, has been kidnapped from her own primitive planet along with a number of her people, and sold to the evil Amarotu Combine, largest organized crime syndicate in the Sectors. When she and her handler are sent to use her power to commit an assassination, she must leave behind her own sister as hostage to ensure her compliance. Miriell cannot ask for aid without endangering herself and others.
Despite his best efforts, Combine enforcer Conor Stewart is entranced by Miriell, and helps her evade the worst of brutal treatment from the rest of the mob. But Conor must keep his distance, before the lovely empath learns that he has secrets of his own–secrets that could get them both killed.
The situation becomes dire when Conor and Miriell come to the attention of both the Combine overlords and the deadly Mawreg, aliens who threaten the Sectors. Can she save herself and the Mawreg’s next victims? And will Conor help her, or remain loyal to his evil bosses?
Amazon      iBooks    Kobo     Barnes & Noble