Only Me Myself and I For Plotting 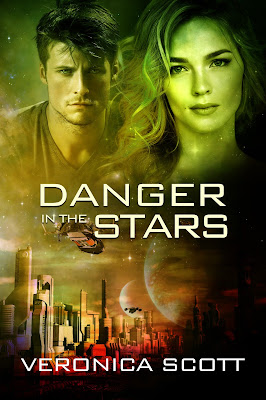 The topic this week is who helps us develop the plot in the early stages. Um, I would have said  "I walk alone" on that but James beat me to it on Monday!

I don't consult with anyone. I get an idea, usually based on a situation like ooh Titanic in space! (Which became Wreck of the Nebula Dream and by the way the 105th anniversary of the tragic sinking is next week.)  And then quickly thereafter I know who my hero and heroine are going to be, the beginning and the ending appear in my head, and 2-3 scenes that will be along the way. Then I write. If my plot gets thorny at some point, which does happen, I have a technique where I sit down and draw myself a diagram of the possibilities, pick the one that seems best for the book, and resume writing.

This all undoubtedly traces back to my childhood and reasons. But hey, I'm not going to bore you with ANY of that LOL. It's me, it's how I write. No beta readers either. Just the developmental editor and the copy editor (who kindly weighs in on much more than comma placement). Well, I do have one sometime beta reader - Michael, the wonderful actor who narrates my audiobooks. He occasionally reads the scifi romance manuscripts and offers terrific insights on the heroes especially. But I don't brainstorm plots with him.


She’s a powerful empath. He’s an interstellar mob enforcer whose ruthless boss is holding her prisoner.
Miriell, a powerful empathic priestess, has been kidnapped from her own primitive planet along with a number of her people, and sold to the evil Amarotu Combine, largest organized crime syndicate in the Sectors. When she and her handler are sent to use her power to commit an assassination, she must leave behind her own sister as hostage to ensure her compliance. Miriell cannot ask for aid without endangering herself and others.
Despite his best efforts, Combine enforcer Conor Stewart is entranced by Miriell, and helps her evade the worst of brutal treatment from the rest of the mob. But Conor must keep his distance, before the lovely empath learns that he has secrets of his own–secrets that could get them both killed.
The situation becomes dire when Conor and Miriell come to the attention of both the Combine overlords and the deadly Mawreg, aliens who threaten the Sectors. Can she save herself and the Mawreg’s next victims? And will Conor help her, or remain loyal to his evil bosses?
Buy Links:
Amazon      iBooks      Barnes & Noble    Kobo