mentoring: The other side of the coin

Let me clarify something. I have spent a great deal of my time mentoring other authors and those who want to be authors. I've always been glad to, because, God knows, I had a lot of help when I started.

Here's the thing: I believe in paying it forward.

Now and then, however, I've run across a person who didn't understand the notion of moderation. I have had several people in the past who effectively handed me a manuscript and demanded that I read it. In those situations I've politely but firmly declined. My time is my time. I don't have time to read an entire manuscript, edit it and critique it. I have a full time job. Oh, and a career as a writer. I'm not alone in that.

I have, on many occasions, read entire manuscripts. When I was working with White Wolf Publications as a freelance writer and a few writers I knew who were not familiar with the games they created wrangled stories or novels and were not familiar enough with the materials, I did fast edits more than once and explained where they were missing important aspects of the games. Aspects that would have meant enormous rewrites, et cetera.

I have certainly offered advice on many things, like contract negotiations, first person versus third person, which companies are better to write for, which I would avoid. All sorts of advice and I'm glad to, provided I can help.

There have, however, been times where I truly wanted to help and could not spare the time. I have deadlines. I have writing gigs. I have that day job. Oh, and these days I have an editorial service and I teach classes on writing, with Christopher Golden, as the River City Writers. One of the reasons the group exists is because sometimes people want editing services that we simply cannot provide for free. I can refer people to other editors and I have and I will again. But if they want my services, most times they'll have to go through the site.

I've been at this for over 25 years now Sometimes, much as I would like to dig into a manuscript, I simply do not have the time. Of if I do have the time, I can use that time better to pay my bills, which have never quite managed to pay themselves despite my best efforts to convince them.

Here's the thing. I LIKE helping. I also like having a roof over my head. And because we both run into the same problem, we decided to work it out a little differently. We have fairly regular sessions at bookstores, libraries or cafes where we do the New England Writers Coffeehouse. These run every 2-3 months and the idea is that we spend three hours in a meet and greet with other writers at all levels of the writing career, from "Just thinking about it" to published and successful. The entire notion is to get writers, which are notoriously solitary beasts, to come out and meet each other and learn the fine art or networking. (Networking, for the record, is the ability to meet with other human beings in the same field of interest. That's really about it. You would be surprised how many people do not know that.)

I have several writers who still consult with me and I'm glad to help. I have a few more I've let down of late, because I really would LOVE to get to that manuscript, but there isn't enough time in the day. It saddens and frustrates me.

I still pay it forward when I can.

In a few weeks I'm teaching a class on world building. I've been accused of having a clue. We'll find out for sure soon enough.

So, again. I want to help. I do. But for anyone out there who needs heavy duty editing of a manuscript or a full on brutal critique, these days the odds are good I'm saying no, or possibly just showing how much it will cost.


That's that. I've now played Devil's Advocate. Now, back to that manuscript. 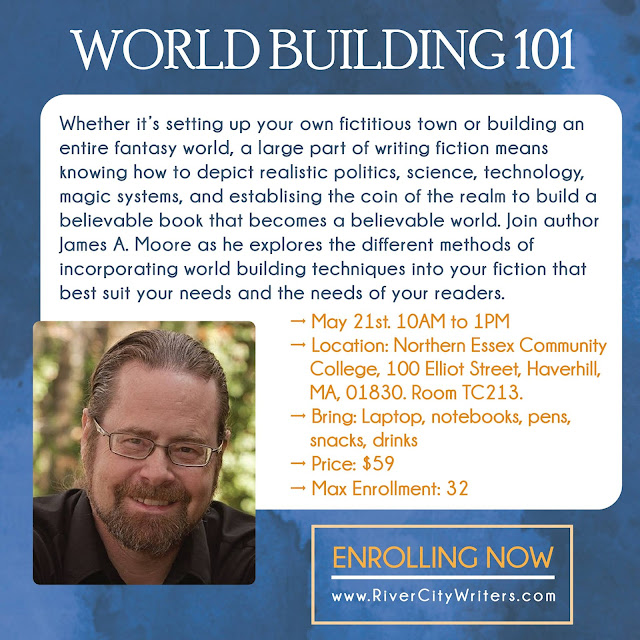