Jeffe has made my life easier If you look at yesterday's post you will see all the definitions you could possibly need for first, second and third person. That's important because (I'm supposed to discuss which perspective I like best.

the answer is simple too: It depends on the piece I'm writing.  I'll go 50/50 split on first and third person for short stories. MOSTLY I prefer third person for novels. Here's why: Short stories need to be intimate and they need to get there fast. I feel, rightly or wrongly, that first person is a great way to pull a reader into a story and keep them there. I think of it as a sort of literary shorthand. When you're reading a first person  account there's a sort of forced intimacy.  It doesn't work for all stories, but it works for a lot of them.

For novels I always feel it's more fun if the readers learn at the same speed as the characters. Sometimes that's a challenge. In my novel DEEPER I decided for the first time to go First Person on a novel length work. It was my shortest novel ever at that time, at 85,000 words and change. It was also an incredible challenge because I had to make the character learn everything organically. There were no assumptions made. He didn't learn anything offscreen as it were. he learned it in front of the reader's eyes and I had to do it without cheating, which meant that if something happened when the main character wasn't there, he learned it from someone else. he learned it second hand. That can put a big dent on proper suspense, frankly.

One one occasion, the novel SMILE NO MORE, I did three separate parts of each chapter. first were the scenes from Cecil Phelp's perspective. Cecil was a sixteen year old boy who ran away from home, joined the circus, learned a few life lessons and then was murdered. Second was the perspective of Rufo the Clown, who was actually Cecil Phelp's stage name before he crawled back from Hell and went out on a quest for revenge  and to find his family members. Then, finally, the rest of each chapter was third person, limited omniscience (meaning one lead perspective at a time, but still told in third person). The reason for that was simple: I needed to garner sympathy for the devil as it were. Rufo the Clown is both the hero and villain of the piece, depending on perspective. From his point of view, he is/was perfectly reasonable in committing the absolute atrocities he commits. From the perspective of, oh, basically anyone who is sane, he is a monster.

I must have done something right because several reviewers made comments about how much they liked Rufo and Cecil both, right up until the times when Rufo got a little, well, psychotically violent. After that, they felt bad and even a little dirty for still liking the character. That was the main idea.

Like every part of the rules of grammar, perspective is a tool. It should be used as needed to get the point across, just as brushes and paints, quills and inks should be used to make a picture. Words are merely another medium for driving the point home.

That's my two cents on the subject. 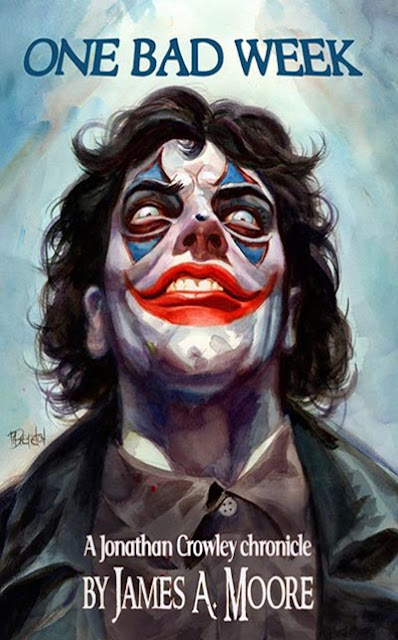