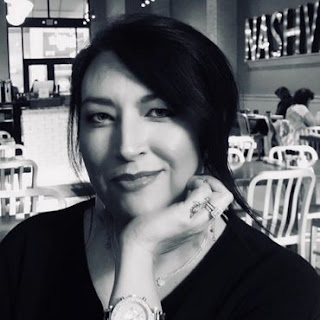 Charissa is as beautiful on the inside as she is on the outside—and come on, look at that pic! She's also a fantastic writer and her stories will sweep you away and make you never want to leave them. Not only all that, but she's a genuine soul who supports those around her and lifts them up. And she's also an editor at City Owl, so we'll get to hear about that side of the business as well!

Her official bio is even more impressive than that attempt:

CHARISSA WEAKS is an award-winning author of historical fantasy and speculative fiction. She crafts stories with fantasy, magic, time travel, romance, and history, and the occasional apocalyptic quest. She is a foodie and book-buying coffee addict who loves to travel and visit antique stores. She believes the souls of memories live in shadowy places and inside the things we cast away.Over the last decade, Charissa has worked with and edited for published and unpublished authors alike, including several NYT and USA Today Bestselling Authors. Her strengths lie in author branding and the development of high-concept plots alongside strong emotional arcs. She has a love for historical tales, women’s fiction, fantasy, and unique sci-fi, and if those stories include a heart-rending romance, all the better. Charissa also longs to see more diverse authors and characters on the shelves. For query information and to see her current wishlist, click HERE. Charissa is active in the Historical Novel Society, was named 2019 President and Pro-Liaison for her local Romance Writers of America chapter, and is a member of the Women’s Fiction Association. She is the founder and editor of Once Upon Anthologies, a series of paranormal and fantasy romance short stories and novelettes.Charissa resides just south of Nashville with her family, two wrinkly English Bulldogs, and the sweetest German Shepherd in existence. When she’s not writing, you can find Charissa lost in a good book or digging through four-hundred-year-old texts for research. To keep up with her writing endeavors, and to gain access to writing freebies and book giveaways, join her newsletter, The Monthly Courant.

Be on the look out for her upcoming novel: THE WITCH COLLECTOR! 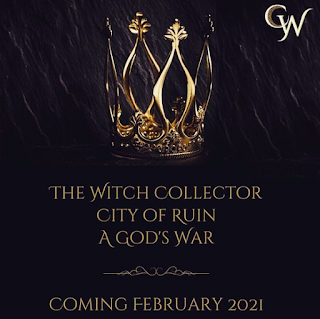 You can find and follow Charissa—seriously, she's all over!