The Religion of Character Development 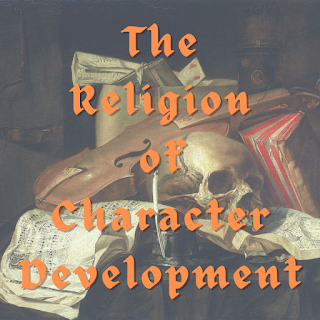 Does religion change/determine the course of a story?

Uh, for the characters? Sure. Assuming religion is defined as devotion to a fixed set of beliefs, then all my stories deal with religion. It could be argued that character development is the discovery, testing, and confirmation or change in said beliefs. Whether there are greater entities involved in those belief systems and whether there are formalized mass followings varies.

In my Fire Born series, there are five gods who are actively and visibly involved in the lives of their creations. How those gods are worshipped forms the structures of the five different societies. Naturally, the protagonist comes along to shake those beliefs to their core, sometimes shattering them and sometimes reshaping them as her own beliefs and values are tested and changed.

In my Immortal Spy series, gods, fates, angels, and dragons are the ruling class. Jokes abound about pillars of real-world mass religions.

Now, if you're wondering if my personal beliefs prevent or permit me to write characters, plots, and settings in certain ways, I would say they permit me and never prevent me. As an author, if you can't or won't examine systems of belief through the eye of fiction, then you might need to rethink what kind of stories you're telling. Are your characters being challenged? Are they on a journey? Stuff's bound to happen that makes them question who they are, how they're doing things, why they're doing them--regardless of whether the protag realizes or admits it--it should be obvious to the reader. That's character development. That is the religion of storytelling.