Where I Go to Know 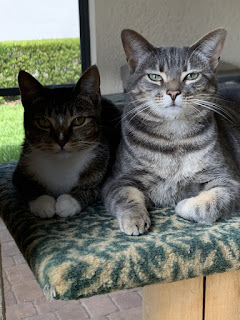 The single writing-related resource I use is a search engine. It's because I don't really have one go-to. Most of the time, I want to know what the psychological drive is that transforms hate into love. I want to know how survivor's guilt manifests. How fast is acceleration of a craft in a solar system if you deploy a solar sail of x size. How does the brain respond to foreign objects and where can I place something like that without killing someone outright?

Huh. It's possible I'm on a couple of FBI watch lists.

Perhaps I land a little more frequently on Jeffe's side of the internet with Thesaurus.com but if I do, it isn't by much. I'm one of those writers who finds a word image or gesture and I make sure I get my money's worth out of it in a draft. It's in rewrites that I realize I've used the same thing sixty-some-odd times and then I break out the synonyms.

But for most things, it's my trusty search engine. It may take me far afield, but serendipity is a thing and occasionally the rabbit holes pay off, too. Most of the time, I get right where I need to go, grab my info and I'm back in the race. Though, in this race it should be noted that I'm the tortoise. And I stopped for snacks. And a nap. And . . .

This is Perceval (the silver tabby) and her mini-me Peseshet (the brown tabby and white in shadow here) above. Even though they were rescued a year apart, we're pretty certain they are related. Perceval certainly treats Peseshet as if they are. I figured we could all use a little cute on a Friday morning.