Ask Not Who the Villain of This Piece Might Be 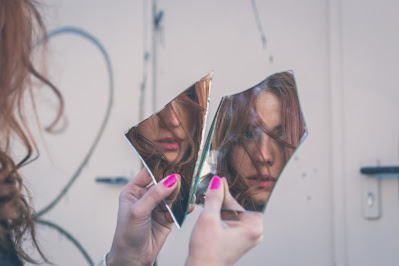 So many lovely villains to choose from. Scary aliens bent on destroying humanity - never mind that they have good reason. Magical creatures no one quite understands being invited to cohabitate human bodies and minds without any thought of the consequences - though, in that case, who's the real villain? The magical creatures invited in? Or the idiots who do the inviting? Then there's the mythical creature drawn from her native land to the New World as the stories about her spread into territories she'd never dreamed.

But my very, very favorite villain is whoever my hero happens to be in whatever I'm writing at the time. Yes, most of my heroes and heroines have nemeses to face, but each hero and heroine first has to face themselves. And most of the time, when they do, they see the face of what they hate and fear staring back at them from the bathroom mirror. I made a heroine face down her distrust of others and of herself. I made another face down her envy and sense of inadequacy. Yet another had to overcome prejudice. The hero in the book I'm working on now has to figure out hate.

I like characters who are their own worst enemies. Initially. I expect them to start catching clues pretty quickly, but not all at once. Change is a process and I want to see it. If I don't, I won't believe that the characters have grown enough to defeat whoever or whatever is their ultimate stumbling block.

I've got a lot of love for that moment when a character looks at nemesis and sees themselves reflected. That 'oh shit' realization never gets old.